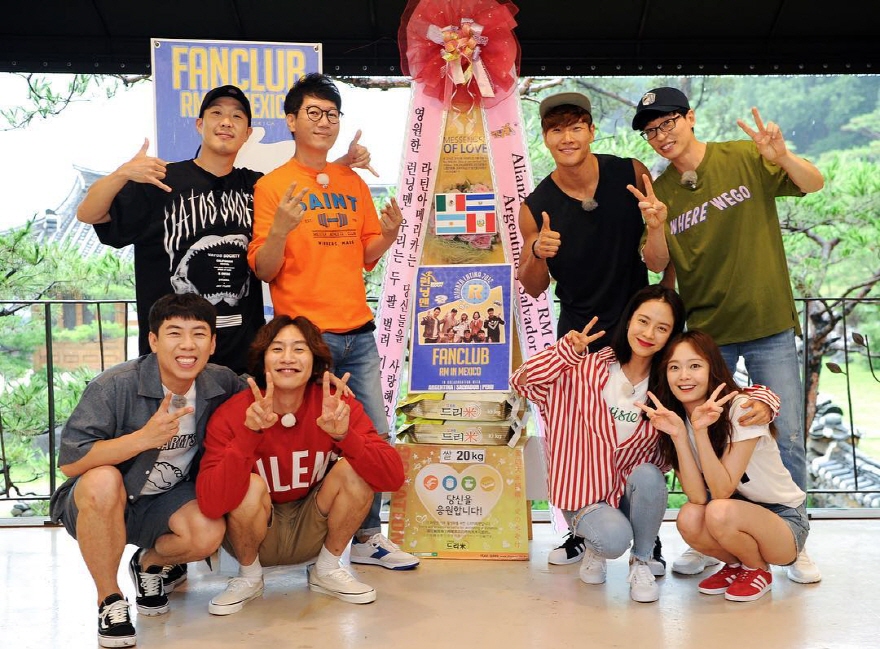 The cast of “Running Man” posing for the camera alongside a 20-kilogram rice gift sent by the show’s South American fans. (image: SBS)

Yoo Jae-suk, Kim Jong-kook and Lee Kwang-soo, the show’s mainstay cast, filmed the opening of the upcoming anniversary episode in front of the rice gift, delivering their gratitude to their South American fans.

“Running Man” has been widely popular at home and abroad since it first aired in July 2010. The program is often filmed overseas to bank on pan-Asia popularity. The seventh anniversary episode will be aired Sunday.