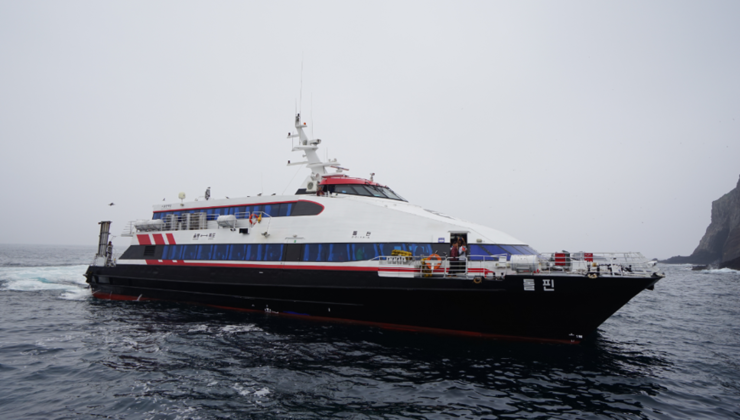 SEOUL, Oct. 31 (Korea Bizwire) — Kim Yung-rok, the governor of South Jeolla Province, has called for a review of a possible implementation of a 1,000 won (US$ 0.88) ferry fee for island residents.

The municipality of Goheung-gun is pushing for a new measure that would standardize the ferry transportation fee at 1,000 won.

The proposal is in line with previous policies aimed at improving transportation accessibility for rural residents.

The “100 won” taxi service is one such example, in which elderly senior citizens are only charged 100 Korean won for taxi rides, a program that was launched in South Jeolla Province in 2014.

The taxi service has greatly improved the quality of life for senior citizens in the area, especially for those with physical ailments, who were previously deterred from taking on simple tasks like visiting the supermarket.

Similarly, the municipality of Boseong-gun in South Jeolla Province implemented a 1,000 won bus fare county-wide last year for all adults.

Regarding the recent proposal, however, critics claim that residents of the various islands within the jurisdiction already enjoy a very generous discount on ferry fares, as they are required to pay just 15 percent of the full price.

In addition, an additional budget of 10 billion won needed to fund the proposed subsidy is excessive, according to critics of the measure.

The local provincial government revealed yesterday that it will be reviewing the 1,000 won ferry fare as part of its initiative to provide improved welfare services to island dwellers.

Citizens of South Jeolla Province residing on the many smaller islands situated off shore currently pay 2,000 won to 7,000 won per ferry trip.

A government official at Goheung-gun said that the standardization of ferry fares at 1,000 won would allow island residents to travel more frequently to the mainland.

“We are trying to expand the fare to visitors to Goheung as well,” said the official.