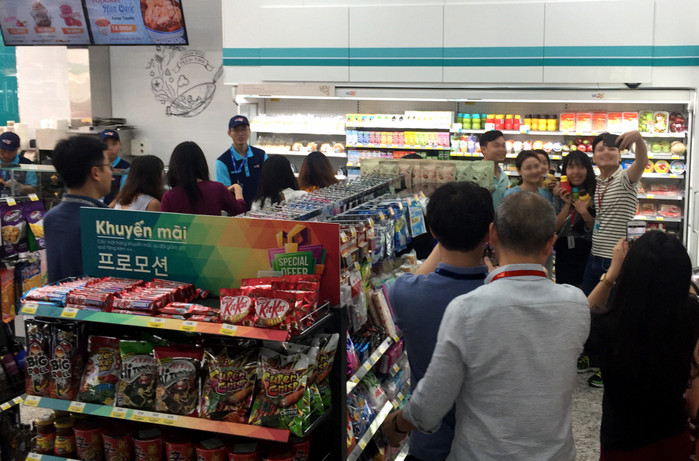 SEOUL, Oct. 25 (Korea Bizwire) — South Korean retail companies are engaged in a fierce battle with Japanese companies in the Vietnamese market, which has emerged as a “post-China.”

According to the Korea Trade-Investment Promotion Agency, Vietnam’s retail industry has been growing rapidly, with an annual average growth rate of 10.9 percent between 2013 and 2018.

Currently, South Korea and Japan lead the market in all areas, including convenience stores, department stores and online shopping.

Lotte Group has had a presence in the Vietnamese retail market since 2008 and has invested a total of US$390 million so far.

Currently, the company has 14 shopping malls, one department store, and two duty-free shops operating across Vietnam.

Meanwhile, Japanese retailer AEON entered Vietnam in 2011 with capital of US$190 million. Since then, it has built and operated shopping malls in three areas, Ho Chi Minh City, Hanoi and Binh Dương.

Besides AEON, Japanese companies such as 7-Eleven, Fuji Mart are also operating in Vietnam.

The channels that are growing rapidly in the local market are convenience stores and e-commerce.

In particular, the growth of the convenience store market is steep due to rapid urbanization, rising income levels and the expansion of the young consumer population.

IGD Research ranked Vietnam as the top country among the fastest growing convenience store markets in Asia by 2021.

South Korea and Japan are locked in fierce competition for supremacy in the convenience store market.

The South Korean convenience store chain GS25 entered Vietnam in January last year when it opened a store in Ho Chi Minh through a joint venture with SonKim Group, a Korean company that has emerged in the region.

It currently operates about 40 stores, but plans to expand the number to 2,000 over the next 10 years.

Japan’s 7-Eleven entered Vietnam in 2017 and is currently operating 24 stores. It aims to build 1,000 new convenience stores and is expanding its stores around Ho Chi Minh City and Hanoi.

South Korean conglomerates such as Lotte and CJ have also jumped into the e-commerce market, but they are still gaining traction.