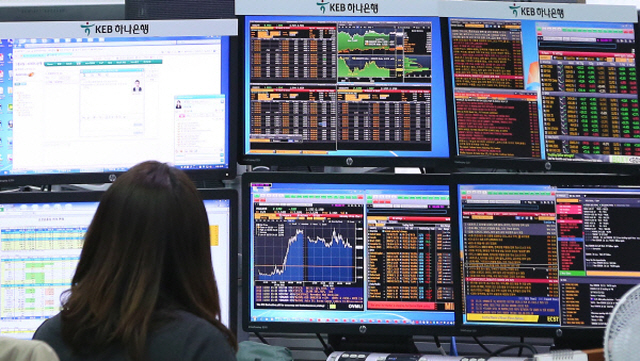 SEOUL, Apr. 19 (Korea Bizwire) — A peace treaty that would finally end the 1950-53 Korean War, one of the growing prospects for the upcoming cross-border summit next week, may also end the chronic “Korea discount” in the stock market, analysts said Thursday.

South Korean President Moon Jae-in will meet North Korea’s top leader Kim Jong-un on the southern side of the truce village Panmunjom on April 27. It will be the third such inter-Korean summit, and Seoul and Washington have indicated that a peace treaty could be an element in the talks to permanently bring peace to the Korean Peninsula. South and North Korea ended their fratricidal conflict with only an armistice, leaving them technically still at war.

The Korea discount has three causes, according to Yang Ki-in of Shinhan Investment Corp. — lack of transparency in corporate governance, low dividend payments and cross-border confrontation.

“If peace is declared, then one of these three causes is eliminated,” he said.

South-North economic cooperation will gain momentum, and the burden of military spending will ease, helping to boost the gross domestic product, Yang projected.

“Looking further, a major part of the military spending from tense inter-Korean relations can be funneled to industries, which can have the effect of making the entire economy more active,” he said. “If the Korean won stays strong from lessening of tensions, we can expect to induce foreign investors looking for profit from exchange rates to invest in Korean firms.”