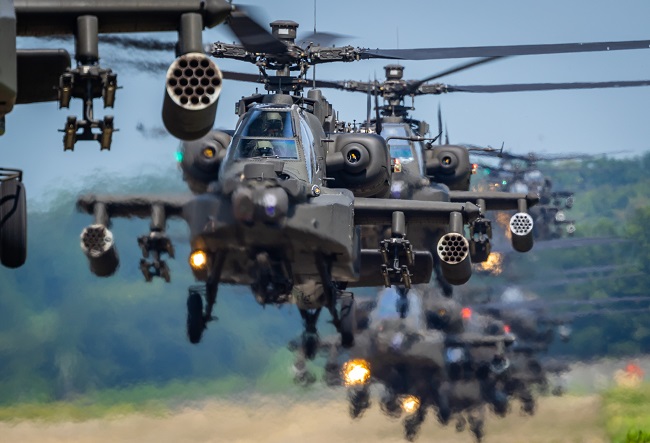 South Korean Army Apache attack helicopters take off at a base in Icheon, some 50 kilometers southeast of Seoul, on July 25, 2022. (Pool photo) (Yonhap)

The Defense Project Promotion Committee endorsed the basic plan to buy tactical data links and fire control radar systems from the United States from 2023-2027 to enhance the choppers’ combat capabilities, according to the Defense Acquisition Program Administration (DAPA).

The South Korean Army completed the deployment of 36 AH-64E helicopters in early 2017.