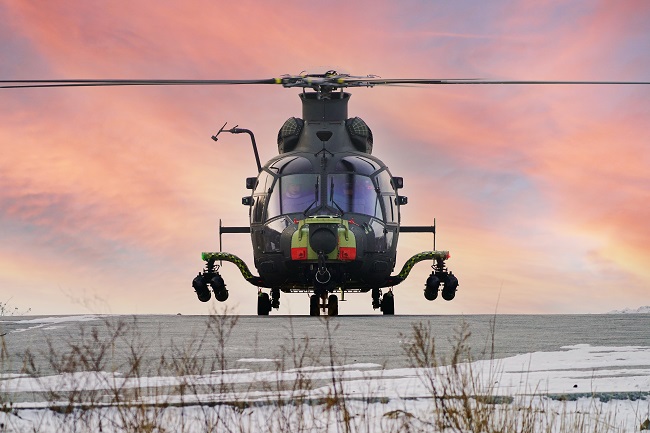 This file photo, provided by the Defense Acquisition Program Administration on Feb. 18, 2022, shows the light-armed helicopter being developed by Korea Aerospace Industries.

The Defense Project Promotion Committee endorsed the LAH production plan to run through 2031 as part of efforts to replace the military’s aging fleet of 500MD and AH-1S Cobra attack helicopters, according to the Defense Acquisition Program Administration (DAPA).

DAPA is expected to sign an LAH deal with Korea Aerospace Industries Co., the country’s sole aircraft maker, later this year, with mass production likely to begin early next year, a DAPA official said on condition of anonymity.

The first batch of the chopper is expected to be deployed in late 2024.

South Korea is the world’s seventh country to have locally developed an armed helicopter.

The committee also passed a 440 billion-won plan to develop a 155-millimeter precision-guided artillery munition capable of striking the origin of an enemy artillery provocation, according to DAPA. The plan is set to proceed from 2024-36.

In addition, it endorsed a 380 billion-won project to locally develop a 130mm guided-rocket system from this year to 2033. The system is designed to respond to coastal artillery provocations or surprise amphibious infiltrations, DAPA said.

The committee also gave the green light to a 3.3 trillion-won plan to purchase heavy attack helicopters from abroad from 2023-28.