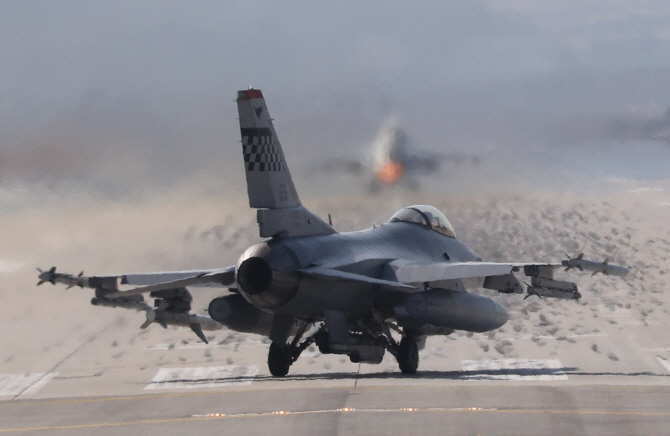 Whether to hold the regular exercise has drawn attention as the unification ministry and some civic groups have called for its adjustment to help move forward the stalled inter-Korean ties. North Korea has long demanded a halt to such joint maneuvers.

“South Korea and the U.S. decided to conduct the springtime combined exercise from March 8 for nine days, after comprehensively taking into consideration the COVID-19 situation, the maintenance of the combat readiness posture, the denuclearization of the Korean Peninsula and the establishment of peace,” the JCS said in a statement.

The computer-simulated command post exercise (CPX) will not include outdoor drills, as such maneuvers have been carried out throughout the year, and the size of troops and equipment to be involved will be “minimized” due to the pandemic, it added.

The upcoming exercise will also include a “rehearsal for theater operations under the envisioned future Combined Forces Command (CFC)” to prepare for a planned Full Operational Capability (FOC) test, though it will focus mainly on ensuring their combined readiness posture.

The FOC test is a crucial step to check if South Korea is on course to meet conditions required for retaking the wartime operational control (OPCON) of its forces from Washington.

As the two sides will not carry out the FOC test this time, the prospects have further dimmed for South Korea to take the wartime OPCON within the term of the current administration that ends in May 2022 as it hopes.

Seoul has called for the test to be a key feature of the upcoming exercise, but the U.S. military reportedly voiced opposition, as troops and military equipment necessary for the test are not able to come to South Korea due to the virus situation.

The test was supposed to be held last year, but the two sides were not able to do so, as they were forced to cancel their springtime exercise and hold the summertime one in an adjusted manner.

“The two sides have had close consultations on the matter and agreed to carry out the rehearsal this time, albeit limitedly, to make progress in the transition process,” a defense ministry official said. 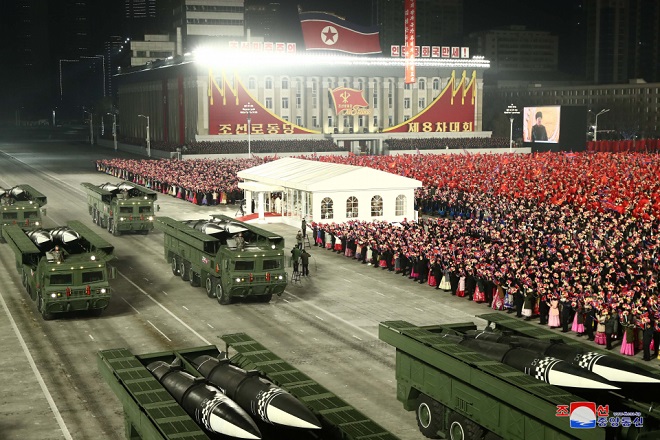 A new type of submarine-launched ballistic missiles (SLBM) is on display during a military parade at Kim Il-sung Square in Pyongyang on Jan. 14, 2021, to celebrate the recently concluded eighth congress of the North’s ruling Workers’ Party, in this photo captured from the website of the North’s official Korean Central News Agency the next day. (Yonhap)

In 2019, Seoul and Washington agreed to name a separate Korean four-star general to lead their envisioned future joint command that will be launched after the OPCON transition. Currently, a four-star U.S. Army general helms the CFC.

Concerns have arisen over how North Korea will react to the joint exercise, as it has long denounced such drills as a rehearsal for invasion, though Seoul and Washington have repeatedly made it clear that they are regular ones that are defensive in nature.

In January, leader Kim Jong-un repeated the call, hinting at the possibility of better inter-Korean ties once such issues are resolved.

Some experts say Pyongyang could use the drill as a pretext for provocations in the early months of the administration of U.S. President Joe Biden. It has pledged to beef up military capabilities and has shown off new missiles recently, such as novel types of submarine-launched ballistic missiles (SLBM), during military parades.

“North Korea is now carring out its wintertime drills. Its military has not shown unusual movements,” a military officer said. “We will maintain a full surveillance posture during our combined exercise.”

South Korea and the U.S. usually carry out major combined exercises twice a year, in spring and summer, along with smaller-scale drills throughout the year.