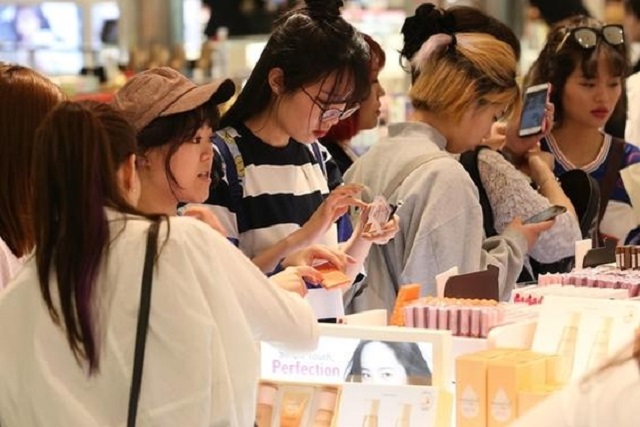 The trade surplus of locally made beauty products came to 6.15 trillion won last year, up 12.4 percent from 5.47 trillion won tallied the previous year, according to the data from the Ministry of Food and Drug Safety.

It was the eighth consecutive year for the country’s cosmetics exports to have exceeded imports, according to the ministry.

The country’s cosmetics exports came to $6.52 billion last year, up 4.2 percent from a year earlier, the data showed. The outbound shipments’ average growth rate in the last five years came in at 26 percent.

China was the largest buyer of South Korean cosmetics products last year for the second consecutive year, followed by Hong Kong, the United States and Japan, it said.

The ministry attributed the robust growth of exports to “hallyu,” or the Korean Wave, noting that its exports portfolio has been diversifying.

Meanwhile, imports of cosmetics products from overseas came to $1.25 billion in 2019, down 3.1 percent from a year earlier, according to the data.

The country imported $376 million worth of cosmetics items from France during the cited period, followed by the U.S. and Japan, the data showed.