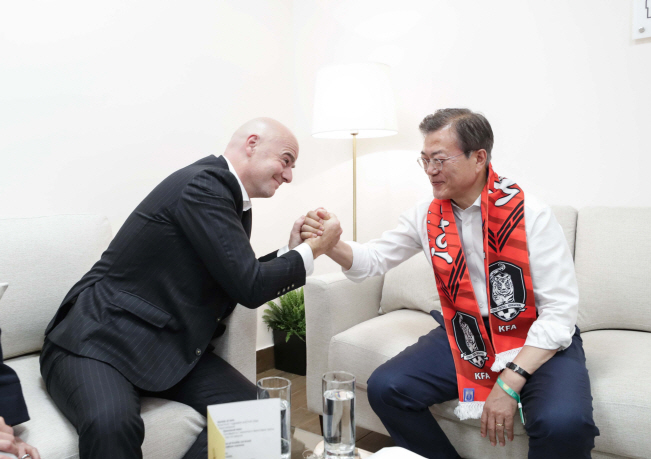 “FIFA first approached us and talked about the joint bid,” said Hong Myung-bo, general secretary at the Korea Football Association (KFA). “We’ve notified our government of this issue.”

FIFA President Gianni Infantino earlier said he heard that a joint World Cup bid by North and South Korea is being discussed.

According to Hong, FIFA first mentioned the joint Korean bid about a month ago when KFA President Chung Mong-gyu was attending a FIFA meeting. However, Hong said there was no official proposal from FIFA and the KFA has yet to talk with the North Korean side.

“This issue of making a joint bid with North Korea needs to be discussed with the government,” Hong said. “But we have not received a definitive answer yet from the government.”

According to FIFA, countries will need to make an expression of interest in bidding by March 15, and the deadline for the bidding registration is April 16. The host nation for the 2023 Women’s World Cup is expected to revealed in March 2020.

So far, Australia, Colombia, Japan and South Africa have expressed interest in bidding, according to the Associated Press.

The two Koreas have agreed to join forces to co-host the 2032 Summer Olympic Games.