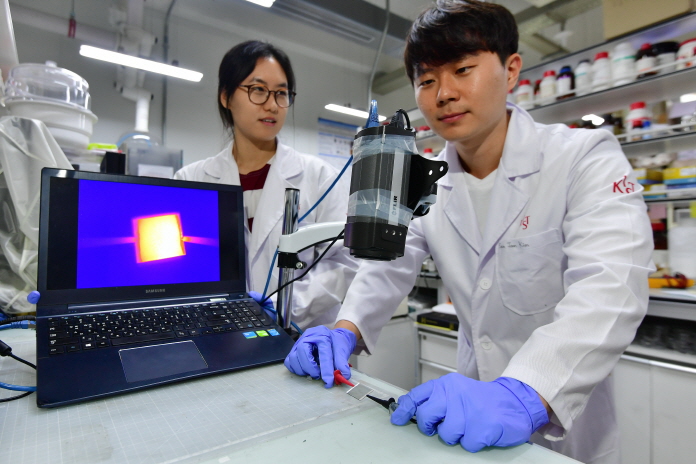 The thread-like heaters can be woven together to create a cloth-like material which can be sewed on top. (image: KIST)

SEOUL, Jun. 28 (Korea Bizwire) — South Korean researchers have developed a flexible, transparent wearable heater that can be used in heating and medical devices for small spaces including window sills in cars and buildings to prevent frost.

A joint research team from the Korea Institute of Science and Technology (KIST) and Yonsei University, leading the development project, had been facing difficulties using these materials for commercial heaters until 2016, when KIST introduced MXene, a newly developed material.

MXene is a narrowly shaped plate composed of titanium and carbon atoms that is only 1 nanometer thick, but comes with outstanding electrical conductivity.

The research team coated MXene on various parts to develop the heater, which uses electric current to control the heat, and is capable of raising the temperature up to 100℃.

The thread-like heaters can be woven together to create a cloth-like material which can be sewed on top.

The study was published in ACS Nano, a journal released by the American Chemical Society, on May 28.