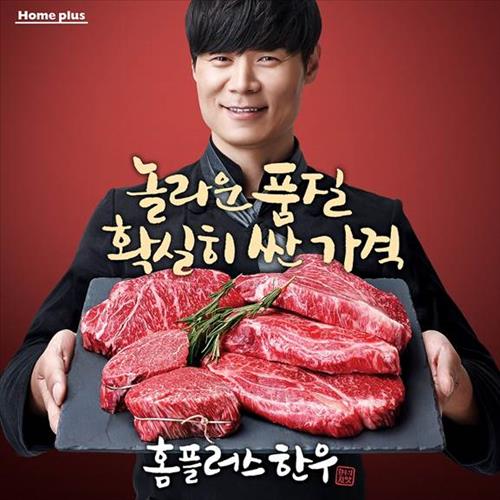 SEOUL, July 8 (Korea Bizwire) – As cooking shows like“Please Take Care of My Refrigerator,”“What Shall We Eat Today?” and “Korean Food War” gain popularity, not only the food and restaurant industries but also big-box retailers and even companies in the cosmetics industry are busy casting the famous chefs as their spokesmodels.

Dongwon F&B unveiled a new TV commercial called “Please Take Care of My Yangban Gim” in an apparent parody of the title of the program, while also launching new packaging for the product featuring photos of Choi.

Homeplus also chose Choi to promote its Korean beef products. By casting the famous star chef, the supermarket chain hopes to improve its image of fresh food while also attracting attention from homemakers.

CJ CheilJedang is also planning to cast a famous chef for a new TV commercial for its sauce and baking mix products.

Meanwhile, the star chef fever is also making waves in the cosmetics industry.