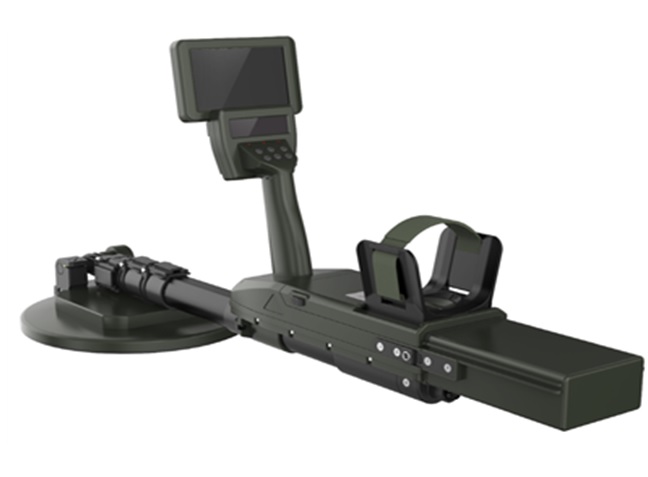 This image, provided by the arms procurement agency on Dec. 14, 2020, shows the country’s new PRS-20K mine detector capable of finding nonmetal explosives.

Equipped with a ground penetrating radar, the PRS-20K detector also has an improved detection rate in finding metallic mines compared with the PRS-17K currently used by the military since the late 1990s, according to the Defense Acquisition Program Administration.

Developed by Hanwha Systems Co. since 2015, the new mine detector is expected to be deployed in 2022, officials said.

“The new mine detector is expected to help minimize possible casualties during the rainy season by land mines swept to civilian areas. It can also be used for the war remains excavation project inside the Demilitarized Zone,” the agency said in a release.