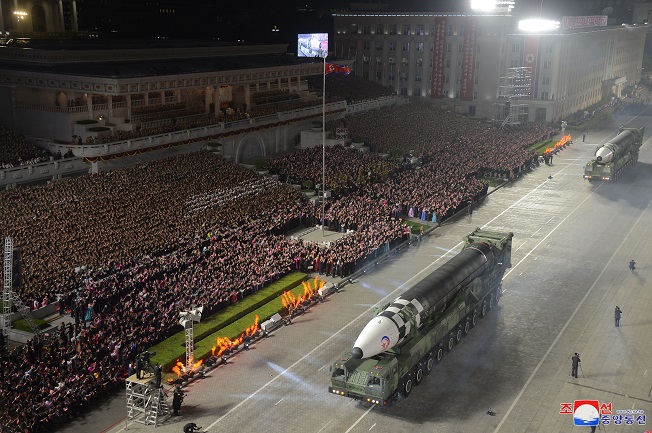 A new Hwasong-17 missile is displayed during a military parade at Kim Il-sung Square in Pyongyang on April 25, 2022, as North Korea marked the 90th anniversary of the founding of its army with North Korean leader Kim Jong-un in attendance, in this photo released the next day by the North’s official Korean Central News Agency. (Yonhap)

The Agency for Defense Development (ADD) has secured the technology designed to discern warheads of hostile missiles from other non-explosive parts, such as propellants and debris created from the separation of rockets, its officials said.

“It is one of the technologies necessary for the country to conduct independent air defense operations in preparation against growing ballistic missile threats,” the ADD said in a press release.

The agency acquired the technology under a development project launched in 2018.

North Korea, meanwhile, fired an apparent submarine-launched ballistic missile in waters off its east coast on Saturday in its 15th show of force this year.