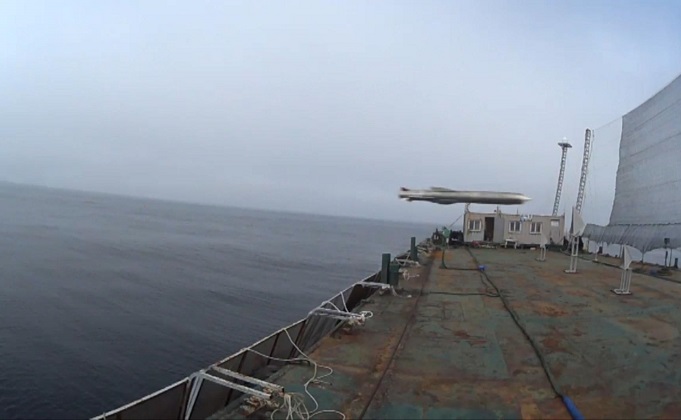 SEOUL, Sept. 15 (Korea Bizwire) — South Korea on Wednesday unveiled the development of a supersonic cruise missile to improve its maritime defense capabilities just days after the North fired a new long-range cruise missile in a sign of accelerating military competition between the two Koreas.

According to the defense ministry, the state-run Agency for Defense Development completed the new missile development late last year.

“With improved speed, the new missile will make it very difficult for enemy warships to respond, leading to the missile’s higher survivability and destructive power,” the ministry said in a release.

“It is expected to serve as a core asset to counter forces that approach our territorial waters.”

The announcement came just days after North Korea said it successfully test-fired a new long-range cruise missile over the weekend, with the projectiles hitting targets 1,500 kilometers away after flying for about two hours.

The South’s supersonic cruise missile, which is much faster than the North’s, was one of a series of missiles the agency unveiled Wednesday, along with the declaration of the successful launch of a submarine-launched ballistic missile (SLBM).

South Korea successfully conducted an underwater test-launch of the homegrown SLBM from its new 3,000-ton Dosan Ahn Chang-ho submarine at the Anheung test site in the western city of Taean with President Moon Jae-in in attendance, according to the presidential office Cheong Wa Dae.

Officials declined to provide further details, including the flight range of the new weapon, but said the new asset will serve as a key deterrence “against threats from all directions.” 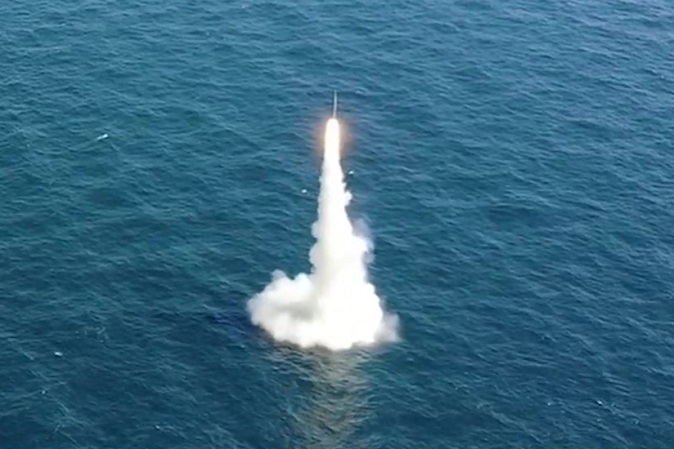 South Korea’s indigenous submarine-launched ballistic missile (SLBM) is test-fired from the Navy’s 3,000-ton-class Dosan Ahn Chang-ho submarine at the ADD Anheung Test Center in South Chungcheong Province on Sept. 15, 2021, in this photo provided by the Ministry of National Defense.

Just hours earlier, North Korea fired two short-range ballistic missiles into the East Sea from its central county of Yangdok, which flew around 800 kilometers at a maximum altitude of 60 km.

Moon said the SLBM test was conducted as scheduled, not in a response to the North’s latest missile launches, but said, “Our enhanced missile power can be a sure-fire deterrent to North Korea’s provocation.”

The South’s SLBM is believed to be a variant of the country’s Hyunmoo-2B ballistic missile, with a flight range of around 500 kilometers, according to sources. The missile has reportedly been codenamed Hyunmoo 4-4.

South Korea is the seventh country in the world to develop an SLBM after the United States, Russia, China, Britain, France and India. 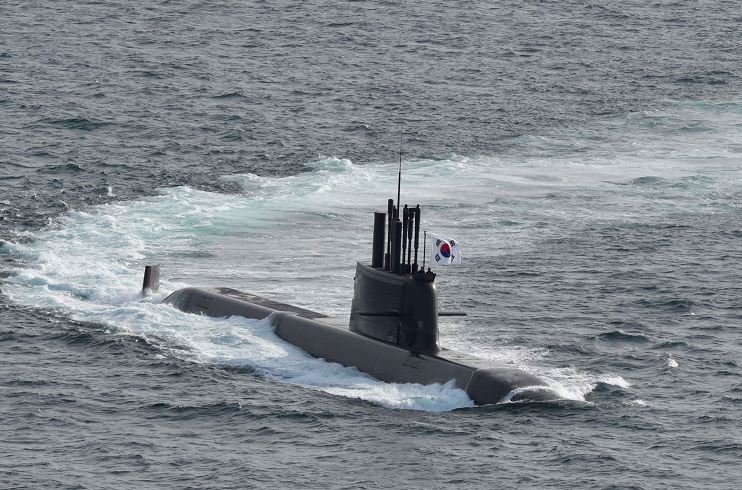 In 2016, North Korea said it test-fired an SLBM in waters off its east coast, but it’s unclear whether the missile was fired from an actual submarine, officials said.

Also on Wednesday, the agency unveiled a series of other missile projects under development, including the successful separation test of a new long-range air-to-surface missile, which will be used for the country’s KF-21 next-generation fighter jet, and a new ballistic missile with improved strike capabilities.

The Chinese top diplomat said “not only the North, but also other countries are engaging in military activities,” apparently downplaying the North’s cruise missile launches, but later said concerned countries should exercise restraint to prevent a “vicious cycle” of tensions on the Korean peninsula following reports of the North’s ballistic missile launches.

In a meeting with Wang, President Moon called for China’s “unswerving support” for the denuclearization of the Korean Peninsula and establishment of peace.