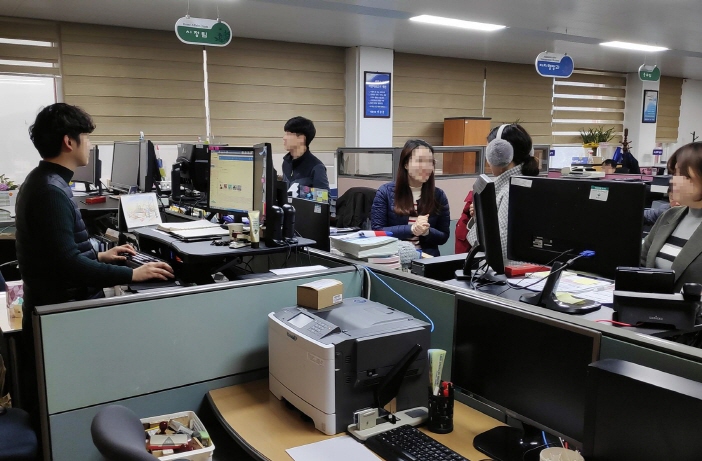 A standing office refers to the installation of height-adjusting equipment on a personal desk so that one can either sit or stand to do work. (image: Jecheon City Office)

JECHEON, Apr. 18 (Korea Bizwire) — A new ‘standing office’ imitative, which the city of Jecheon in North Chungcheong Province introduced in an unprecedented manner to improve the efficiency and health of its employees, has been well received.

The city government announced on Wednesday that it conducted a month-long satisfaction survey of 55 participants in the standing office program, and 82 percent responded that their work efficiency and productivity had improved.

Of those surveyed, 25 percent welcomed the move as offering a significant improvement.

At 79 percent, the vast majority responded positively to whether there was a change in their health after working in a standing office.

In addition, 84 percent of the respondents said they would recommend standing offices to other employees.

A standing office refers to the installation of height-adjusting equipment on a personal desk so that one can either sit or stand to do work.

The city has operated a standing office for 55 people since late February after receiving applications and purchasing equipment with a budget of 10 million won (US$8,800) to maintain employee health, improve back support and improve work efficiency.

However, as users are satisfied, the city is considering the expansion of the standing office policy.