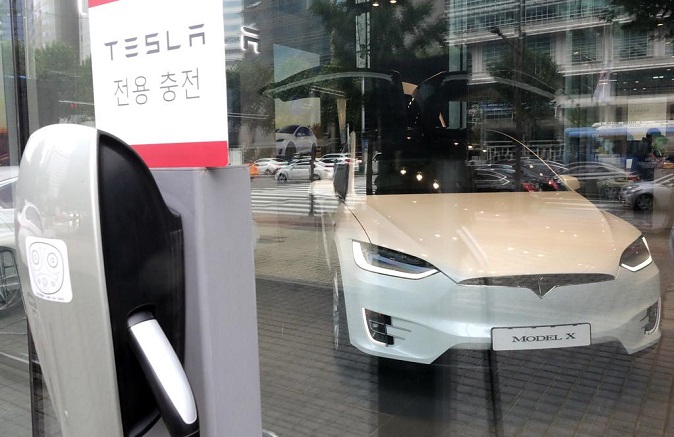 This photo, taken on Aug. 18, 2020, shows vehicles at a dealership of Tesla Korea in Seoul. (Yonhap)

Local individual investors net sold US$319.9 million worth of Tesla shares during the period from July 12 to August 12, according to the Korea Securities Depository.

After reaching a peak near $1,200 last fall, Tesla’s share price slid to the $600 level in mid-June when U.S. tech stocks plunged. Retail investors recently sold Tesla shares as the stock recovered to about $900 amid a recent market rebound.

Among foreign stocks, the top pick for individual investors was Tianqi Lithium, a Chinese supplier of the metal used in EV batteries, for which net purchases amounted to $152.29 million during the past month.

On the China’s Shenzhen Stock Exchange, shares in Tianqi Lithium almost tripled from 39.27 yuan in late 2020 to 115.11 yuan today.