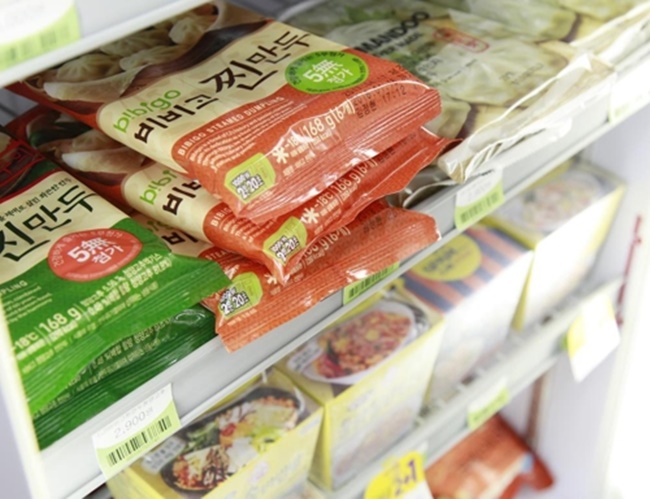 SEOUL, Jul. 7 (Korea Bizwire) — As the number of single-person households continues to grow in South Korea, sales growth of frozen food at major convenience stores has significantly increased over the past six months, compared to average sales from 2012 to 2016.

Among the frozen food items, frozen pizza was most popular, with sales growth jumping nearly fourfold on year, while frozen rice, frozen dumplings and frozen noodles were also popular.

The average sales growth of frozen food products between 2012 to 2016 at GS25 was estimated to be somewhere around 11 to 14 percent, but the figure more than doubled to 31.5 percent during the first quarter of this year, which officials say can be attributed to the growing popularity of frozen pizza products which were launched last fall.

Another convenience store chain, CU, also enjoyed a surge in frozen food sales, while frozen rice products were the item with the largest sales growth.

Frozen food items originally gained popularity as they were easy to store and quick to prepare. However, in recent years, sales dwindled in tandem with the launch of affordable home meal replacement products.

“Frozen food was neglected by consumers and overshadowed by the popularity of home meal replacement and lunch box items in the past few years, up until recently as growing demand and a series of new items brought frozen food back to consumers’ attention again,” a CU official said.