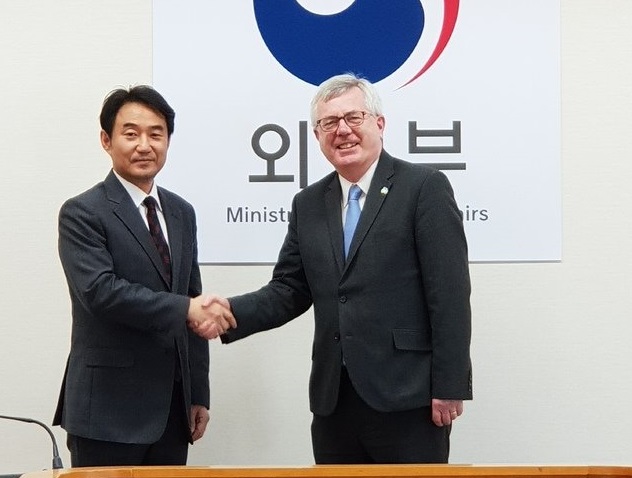 SEOUL, Nov. 15 (Korea Bizwire) — The Foreign Ministry revealed yesterday that four high schools in the Irish capital of Dublin had included the Korean language as one of their elective courses for incoming freshmen students since the August semester.

The ministry official said that at each of the four schools, 20 to 30 students were studying Korean.

The official also said that the Korean Embassy in Ireland will up its efforts to expand the language courses to other high schools in Dublin next year.

Embassy employees will also aim to have Korean language classes offered at schools in Cork, the second largest city in Ireland, starting with freshmen students.