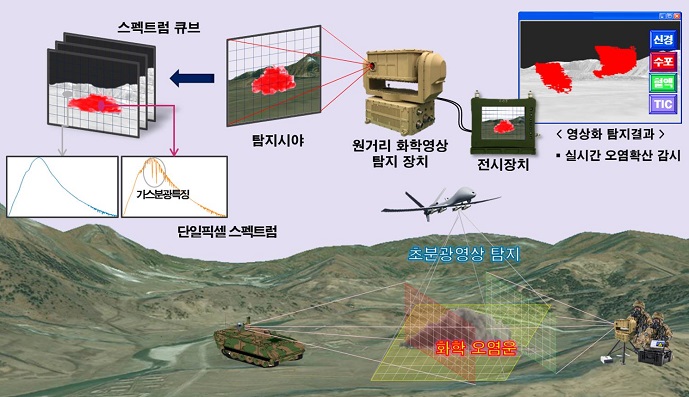 Under a project that ran from 2012 through this year, the Agency for Defense Development (ADD) secured the Hyperspectral Imaging Stand-off Chemical Agent Detection System technology, which would allow the military to detect and monitor contaminant plumes in real time from a long distance, according to its officials.

The technology is designed for lighter chemical agent detection equipment, which can be installed on both manned and unmanned reconnaissance systems.

The ADD also seeks to develop technologies for the detection of biological weapons to help strengthen defense readiness against security threats, including those from terrorist groups, the officials said.