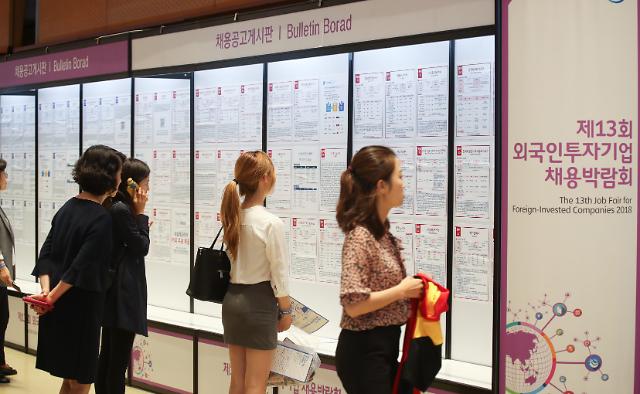 Jobseekers look at recruitment notices during a job fair of foreign-invested companies at a convention center in Seoul on June 14, 2018, in this file photo. (Yonhap)

SEOUL, Dec. 21 (Korea Bizwire) — The employment shock that has come about with the coronavirus pandemic has hit women harder than men.

Statistics Korea reported a 28.8 percent increase in the number of unemployed women last month (427,000) compared to the same period in the previous year, an unprecedented rate not seen since July 2014 (29.4 percent).

Employment among women has dropped by larger margins than men since March, after accommodation, food, education, and other person-to-person businesses, with higher female participation, were hit hard by the coronavirus.

The female proportion of the economically inactive population has been rising much more quickly than that of men since April.