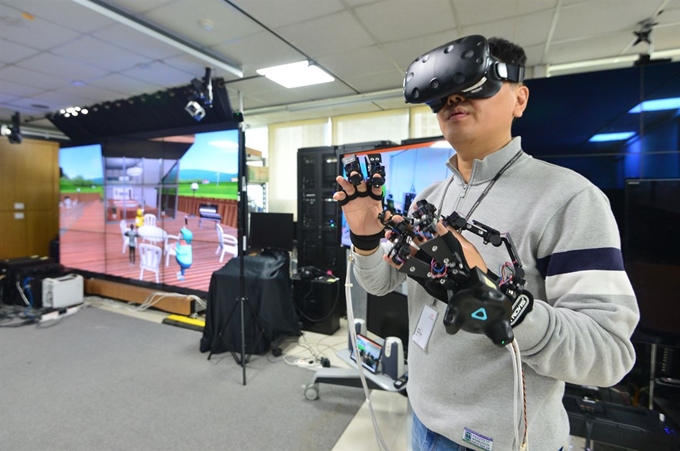 In the virtual platform, users appear as avatars, and can send messages or emojis to friends. (image: Korea Institute of Science and Technology)

DAEJEON, Oct. 16 (Korea Bizwire) — Experts are expecting that a world of virtual reality (VR), similar to what was seen in the 2018 Hollywood blockbuster “Ready Player One” where people meet in a virtual world to play games and go on shopping, will soon become a reality.

The Center of Human-Centered Interaction for Coexistence (CHIC) held a demonstration of 4D+SNS, a virtual reality communication platform, on Tuesday at the Korea Institute of Science and Technology.

The CHIC explained that a user can access 4D+SNS via a head-mounted display, and hold virtual meetings, go shopping, and play minigames inside a virtual world.

In the virtual platform, users appear as avatars, and can send messages or emojis to friends. The platform has been developed based on a variety of technologies including avatar modeling and hand motion capture devices.

“We will continue to work with our business partners to commercialize the project,” said You Beom-jae, director of the CHIC.

The CHIC plans to complete the verification tests on the platform and open up it for commercialization in the near future.