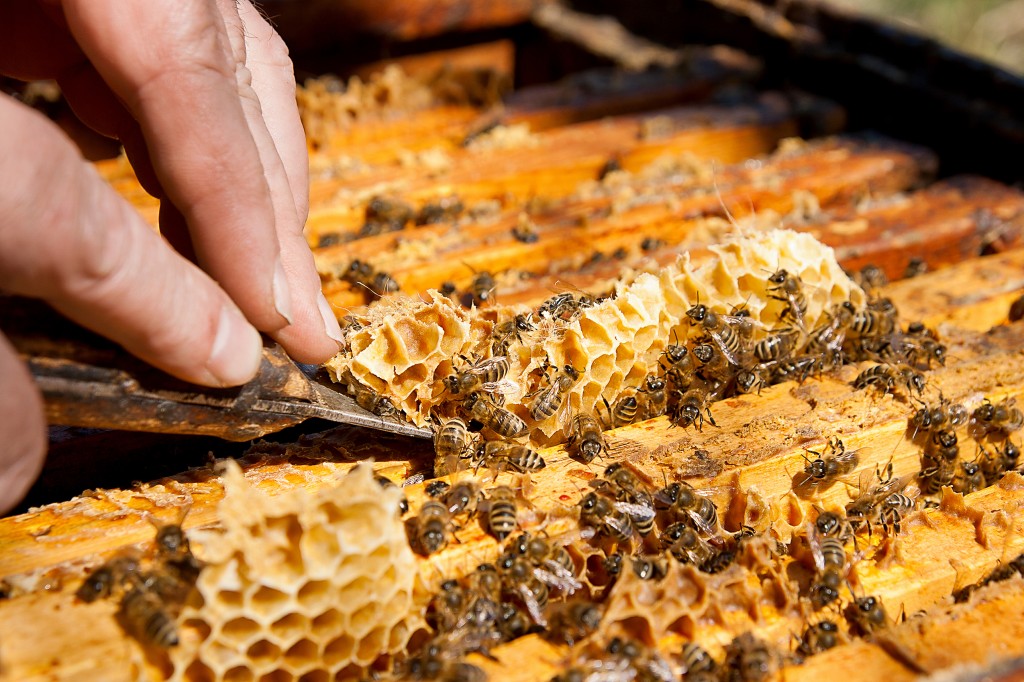 Cities are warm and dry, providing an environment suitable for beekeeping. While producing natural honey safe of artificial additives is highly satisfying, the act of beekeeping can be more than just a hobby, offering an additional source of revenue for some.

Beehives have been established on the rooftops of buildings in Myeongdong, Nodeul Island, and Yangjae Station. (Image : Yonhap)

Last year, there were 21 different locations housing bees in Seoul, with a total of 186 bee hives. This year, 310 beehives are being maintained in 27 locations.

Seoul city officials explain that the increase in the number of flowers and trees that bees can collect nectar from has lead to the growth of beekeeping in metropolitan urban area.

Beehives have been established on the rooftops of buildings in Myeongdong, Nodeul Island, and Yangjae Station.

Seoul Metropolitan Government officials explain that honey produced by bees living in the city is pure, as the bees gather honey from flowers that have not been showered with pesticides, and no sugar is added in the process of extracting the honey.

Beehives have been established on the rooftops of buildings in Myeongdong, Nodeul Island, and Yangjae Station. (Image : Yonhap)

Other cities such as Daejeon, Daegu, and Incheon have also encouraged beekeeping on the roofs of buildings located in their urban areas.

The number of individuals interested in beekeeping is increasing as society is aging. Officials at the Beekeeping Association of Gyeonggi Province say there was a 20 to 30 percent increase in the number of people beekeeping in the region to produce healthy food and prepare for retirement.

To meet the trend, government organizations are providing workshops for city residents who wish to keep bees. A total of 500 city residents interested in beekeeping will be selected, and will have the opportunity to visit bee farms from 25 districts and learn the craft for over a period of five months.

However, some have voiced concerns about the dangers of keeping beehives in the city.

Officials at the Beekeeping Association advise that beehives should be kept near mountain areas that are somewhat removed from residential areas. “Bees never sting when they are not attacked first. However, they are very sensitive about scents such as cosmetics and other odors, so exercising caution is important,” they added.