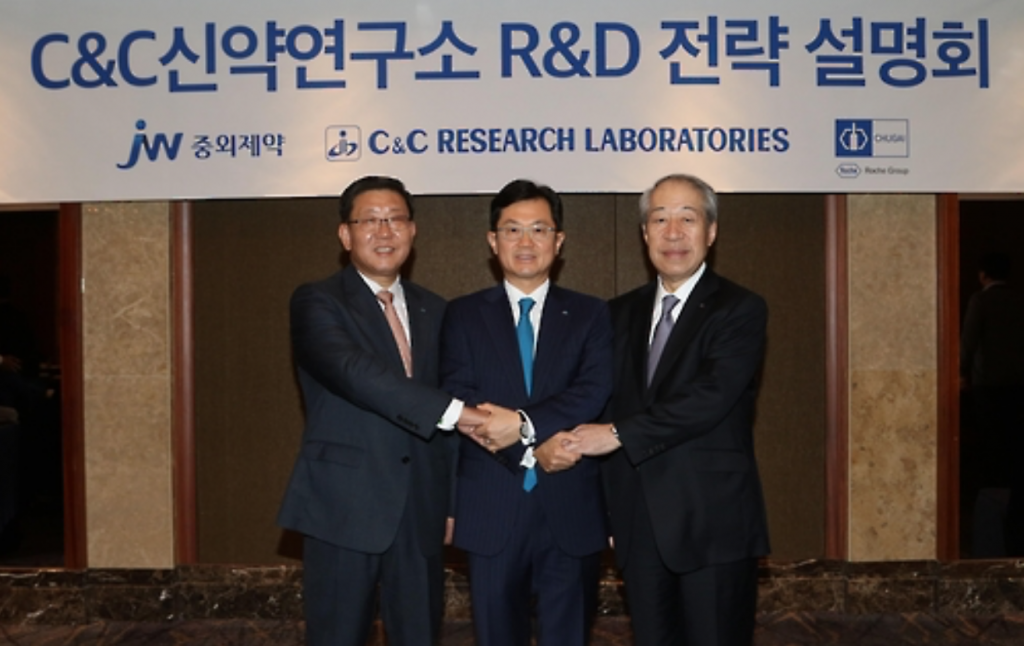 CCRL was established in 1992 as a 50-50 joint venture between Korea’s JW Pharmaceutical and Chugai Pharmaceutical in Japan. It has since invested some $107 million into basic research in search of drug candidates (materials) for developing new drugs.

The full-scale development for atopy and breast cancer drugs took off in 2010, and their candidates have at last been finalized and ready for medicine development.

The potential of the two candidate materials (for their respective medicines) have been confirmed according to the institute.

The drug candidate for the prospective atopy medicine was found to be effective in reducing inflammation and itching during pre-clinical animal testing, conducted in both Korea and Japan, whereas the one for breast cancer also proved its anti-carcinogenic properties.

If everything goes smoothly, the technologies will be transferred to their respective pharmaceutical entities, but a third party may also be an option, the company said.

“If usually takes about eight to 10 years to finalize the selection of a drug candidate, but we have completed the process in just six years,” said CCRL Co-Representative Director Chun Jae-kwang. “It’s all because we have successfully established an R&D platform for discovering drug candidates.”

Wednesday’s announcement by the CCRL was also marked by its ambitious plan to grow the joint enterprise into a global bio-venture.

“Although I’ve seen numerous examples of cooperation in the pharmaceutical industry, as far as I’m concerned, CCRL presented the first example of such cooperation from the earliest stages of medicine development,” said Lee.

“Our process will become a new role model for the industry, demonstrating that a domestic and an overseas enterprise can cooperate to create great synergy, all the way from establishing an R&D platform, to drug candidate discovery and development.”