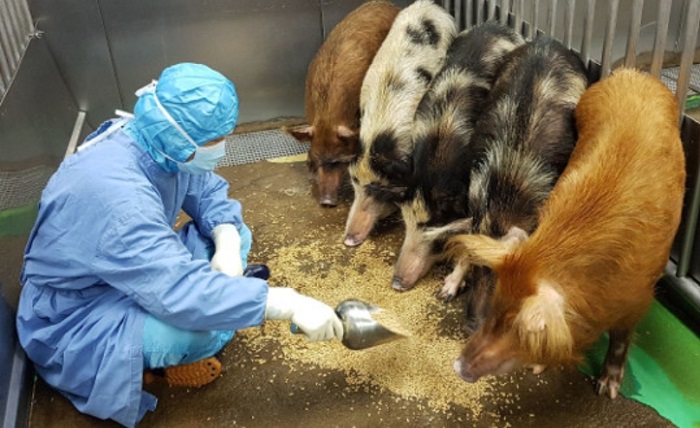 SEOUL, Feb. 4 (Korea Bizwire) – The year of 2019 is the year of the golden pig, which symbolizes wealth and good wishes.

Pigs have been one of the most important animals to be raised by human beings. They are one of the major sources of protein, as well as a symbol of prosperity and fortune.

In South Korea, it is customary for people to purchase lottery tickets when they see a pig in their dreams.

Pigs are not only a major source of food, but also a critical component in various cosmetics and medical devices.

Now, pigs are starting to be raised for xenotransplantation, where they will be used to replace organs in the human body.

This is one of the alternatives to address the situation where an increasing number of wait-listed patients for organ transplants is being met by a severe shortage of necessary organs.

As of 2017, there are approximately 30,000 patients waiting for organ donors, which requires 500 organ donations each year.

To cope with such extreme circumstances, doctors and researchers are looking into the possibility of raising mini pigs, specially designed to fit the size of a human body, in large numbers to use for organ transplants.

The largest obstacle behind this initiative is immune responses, which involve the immune system in the human body rejecting the new organ.

Cross-species transplants have a higher chance of being rejected by the immune system.

Thanks to various studies, however, doctors are gaining confidence in resolving the immune-related issues and considering clinical trials.

The most imminent xenotransplantation is expected to treat type 1 diabetes.

A pancreas transplant is required to cure the disease, but it has never been attempted because it requires the separation of pancreatic islets from two to four donors for a single patient.

The only alternative available is transplanting porcine pancreatic islets. 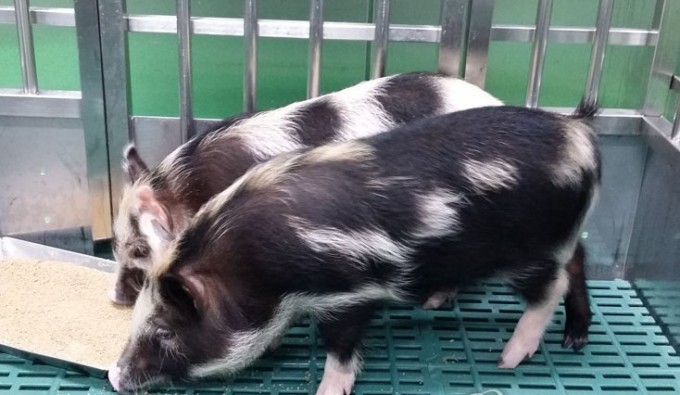 In South Korea, the Xenotransplantation Research Center has succeeded in transplanting porcine pancreatic islets to a diabetic monkey, and plans to conduct the world’s very first clinical trial before the end of the year.

The monkey has lived healthily for more than three years after receiving the transplant. The research team hopes that the same can happen for humans.

“Various issues which have been standing in the way of conducting clinical trials for xenotransplantation have mostly been resolved after negotiating with the Ministry of Health and Welfare and other related agencies,” said Park Chung-kyu, director of the Xenotransplantation Research Center.

“Our research on xenotransplantation will accelerate if the government takes charge in monitoring patients over a two-year span after receiving the transplant,”