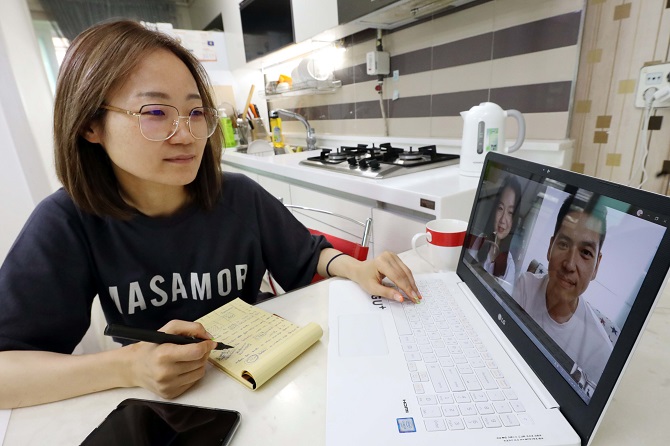 SEOUL, Jan. 20 (Korea Bizwire) — South Korea has more room for improving productivity with a wider use of working from home, given its high internet connectivity and long commuting time caused by chronic traffic jams, a central bank report showed Thursday.

According to the report by the Bank of Korea (BOK), the number of people using the working-from-home system soared to 1.14 million, 4.2 percent of those employed, last year, from about 95,000 people, or a mere 0.3 percent, tallied in 2019 before the coronavirus pandemic broke out.

The system, however, has not been widely adopted yet with the ratio of people working from home much higher in larger firms and skilled professions than other groups, the report said.

“We assess those countries such as our country have more room for improvement in productivity considering the longer commuting time workers have to spend and well-established IT infrastructure,” the report said.

The report said that working from home has been more adopted by larger firms and skilled professions, including those in the tech and financial sectors. The ratio was relatively low among those employed in lodging, restaurants and health and welfare areas.

Wages among those working from home grew 11.8 percent and 8.2 percent on-year in 2020 and 2021, respectively, far higher than 4 percent and 2.7 percent rises tallied for those who had to commute, the report showed.

The report admitted that working from home could have some “trade-offs,” such as reducing in-person communication among workers and making it hard for management to keep work discipline.