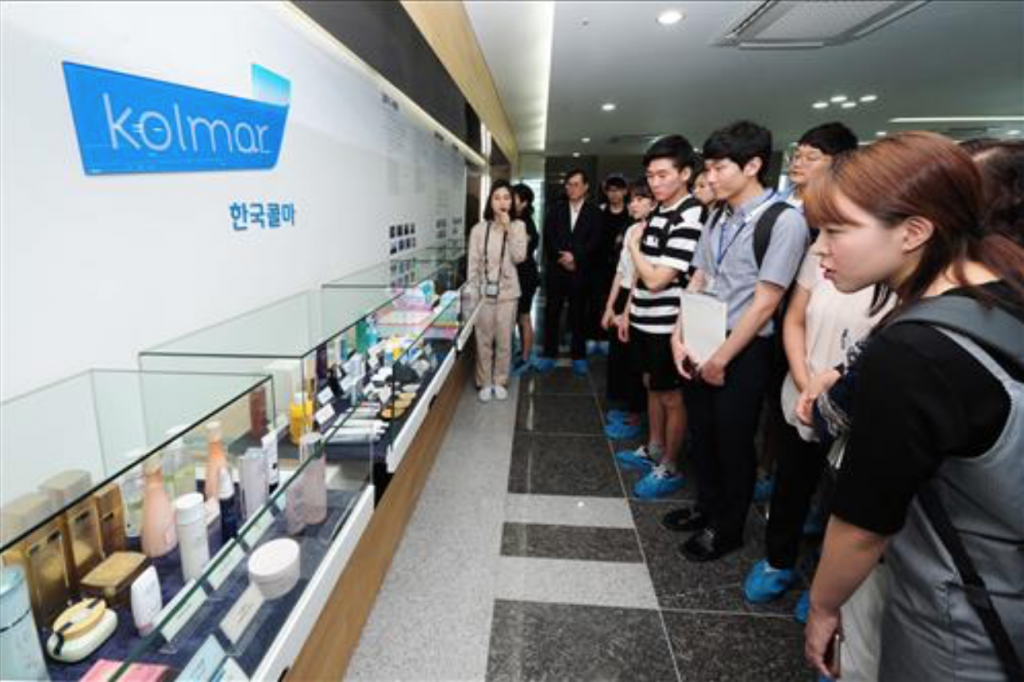 “Perhaps I shouldn’t insist on big companies only, and start looking around for a smaller company that might offer a better job and working environment,” said Kim Na-young, a senior at Chungnam National University who was among the visitors. (image: Yonhap)

SEJONG, July 21 (Korea Bizwire) – The general consensus in the Korean job market is “the bigger the company, the better”. This is also the reason why working for a big-name company like Samsung is considered a ‘dream job’ among many Korean college graduates.

On the other hand, small and medium-sized companies have a somewhat different status that is often pessimistic, with some seeing them as offering lower wages for longer work hours.

To bring changes to this lopsided public perception, cities and provinces have stepped forward, joined by the Ministry of Trade, Industry & Energy (MTIE), and have started organizing events to bring together regional businesses and young job seekers.

One such event was organized on Wednesday, where 16 students and parents visited the main headquarters of Kolmar, a cosmetics original design manufacturer (ODM), in Sejong, to tour the company’s research center and production facility, and engage in open conversation with Kolmar employees.

“Perhaps I shouldn’t insist on big companies only, and start looking around for a smaller company that might offer a better job and working environment,” said Kim Na-young, a senior at Chungnam National University who was among the visitors.

Kolmar may not be on Korea’s top 50 conglomerates list, but it is a fast-growing company with three subsidiaries that together generated over 1 trillion won ($882 million) in revenue last year. It also operates the largest cosmetics ODM factory in Asia, while its employees, on average, receive annual salaries of between 30 million and 35 million won. The 2015 annual average laborer income in Korea was 32,810,000 won.

“I would have advised my child to check out medium-sized companies too, if I had known about such companies,” said a parent who was also at the event on Wednesday. “Kolmar has such big opportunities and a clear competitive advantage just like major corporations. Such companies need to be promoted better so college students are more aware of them upon their graduation.”

Fifteen cities and provinces across Korea are currently organizing similar events. Since the project’s launch in 2012, almost 40,000 job-seeking youth have visited over 1,700 companies like Kolmar. And according to the MTIE, 88 percent of the visitors have changed perspectives regarding regional medium-sized companies.

“I worked at a medium-sized company myself for 15 years before successfully establishing Kolmar,” said Yoon Dong-han, the CEO of Kolmar. “Medium-sized companies like Kolmar offer employees a much wider scope of job experiences, and they can improve their skills at a much quicker rate than at large companies.”