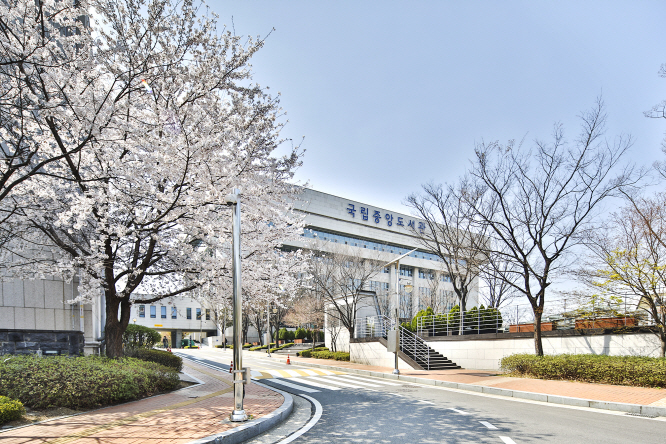 This photo, provided by the National Library of Korea, shows its Seoul library on April 3, 2020, which has been closed due to COVID-19.

SEOUL, April 6 (Korea Bizwire) — The culture ministry said Monday that it will extend the closure of major state-run art and history museums, libraries and theaters by another two weeks amid the country’s continued social distancing drive to contain COVID-19.

The Ministry of Culture, Sports and Tourism said 32 state-run culture and art facilities across the country will remain closed till April 19, two weeks longer than previously announced.

The announcement came as the government is enforcing self-quarantine and social distancing measures to contain the spread of the novel coronavirus.

The culture ministry initially suspended operations of the state-run cultural facilities in late February and has since extended the closure on three occasions, including this week, as the country continues to fight the pandemic.

In addition, five national performing art theaters, such as the National Gugak Center and the National Theater of Korea, as well as seven state art companies, including the Korean National Ballet and the Korea National Opera, will remain closed or suspend shows during the period.

Separately, the Cultural Heritage Administration said Monday that several palatial facilities under its jurisdiction, including the National Palace Museum of Korea and the greenhouse annexed to Changgyeong Palace in Seoul, will also remain unavailable to visitors till April 19.

“The ministry will determine whether and when to reopen the state cultural and art facilities after the social distancing drive terminates, in consideration of the development of COVID-19, as well as the facilities’ readiness for business resumption,” a ministry official said.