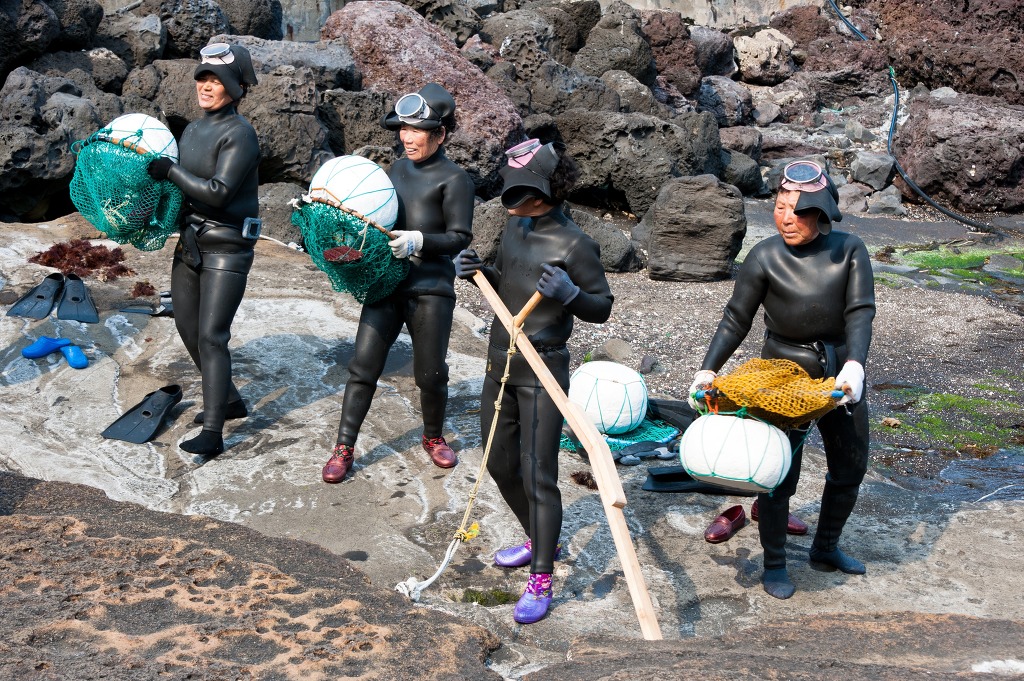 The news of the foundation of an incorporated association consisting of 4,500 active and 5,500 retired members came after Jeju Province announced the initiative last week. (Image: Kobiz Media)

SEOUL, April 24 (Korea Bizwire) – Around 9,500 female drivers on Jeju Island, also known as haenyeo, are set to found an association tomorrow that will be dedicated to celebrating and promoting the legacy of haenyeo culture around the world.

The news of the foundation of an incorporated association consisting of 4,500 active and 5,500 retired members came after Jeju Province announced the initiative last week.

Coinciding with the launch day, an inaugural organization meeting is scheduled to be held at Jeju Oriental Hotel in the presence of divers from 102 different groups, as well as officials from the National Federation of Fisheries Cooperatives from six districts.

During the launch event, articles of association will be established, and board members will be selected.

The new association of haenyeo is poised to launch a variety of business projects that will see more opportunities for the public to learn and become familiar with the haenyeo culture, while ramping up efforts to promote Jeju’s unique history of female divers to the international community

Other projects from the association to protect the interests and pride of haenyeo include plans to establish a day dedicated to celebrate the hard work and cultural values of the female divers.

The foundation of the association was prompted by a UNESCO recommendation on the Safeguarding of Traditional Culture and Folklore.

Apart from the international organization, other institutions such as the Korea Culture and Tourism Institute also recommended the establishment of an association to protect and secure the unique culture of haenyeo divers.

Lee Gi-woo, director of Jeju’s marine industry, said, “The new association will be the main body behind various business projects since haenyeo were listed as a UNESCO living heritage.

“To spark interest around the world, invigorate the activities of the association and secure the interests of Jeju’s valuable female divers, we will actively seek ways to support the association,” Lee added.