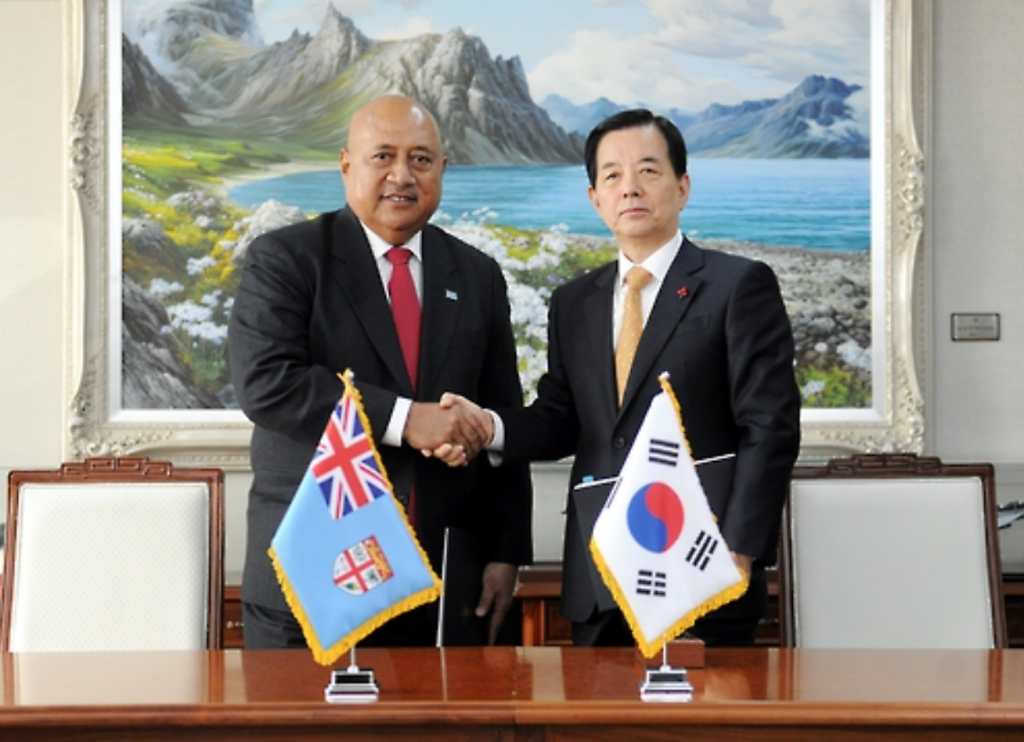 Defense Minister Han Min-koo and his Fijian counterpart Ratu Inoke Kubuabola signed an memorandum of understanding to pave the way for defense cooperation, the Ministry of National Defense said. Seoul has inked such basic military relations with 43 countries.

They also discussed ways to promote cooperation between both countries’ peacekeeping forces dispatched to Lebanon and South Sudan, the ministry said.

“Minister Han explained the current security situation on the Korean Peninsula, citing North Korea’s nuclear and missile development programs. And he asked Fiji to join international efforts to pressure Pyongyang to give up its nuclear programs,” the ministry said in a statement.

The defense ministers’ talks were held for the first time since the two nations established diplomatic ties in 1971, it said.

During his one-week trip to South Korea that ends Sunday, Kabuabola is also scheduled to visit the Special Warfare Command and the Korea Military Academy, the ministry said.