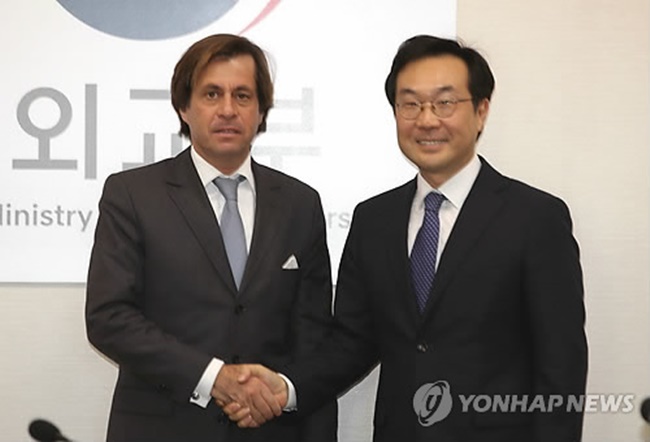 The agreement was made at a meeting held in Seoul between Lee Do-hoon, South Korea’s special representative for Korean Peninsula peace and security affairs, and his French counterpart Nicolas de Riviere, according to the ministry.

“The two voiced concerns over the current situations in which North Korea has been upgrading its nuclear and missile programs through repeated provocations including this year’s sixth nuclear test and the latest ballistic missile test on Nov. 29,” the ministry said in a press release.

“They also shared a view that relevant countries should closely coordinate in order to peacefully resolve the North’s nuclear issue by stably managing the situations and induce the North to denuclearization talks,” it added.

The high-level meeting on the North’s nuclear threats, the second of its kind, came about a week after the North conducted a ballistic missile test, ending a hiatus in its provocations that lasted more than 70 days.

On Wednesday, North Korea announced that it successfully tested a new intercontinental ballistic missile capable of hitting anywhere in the U.S., declaring that the launch marks the completion of its nuclear armament.