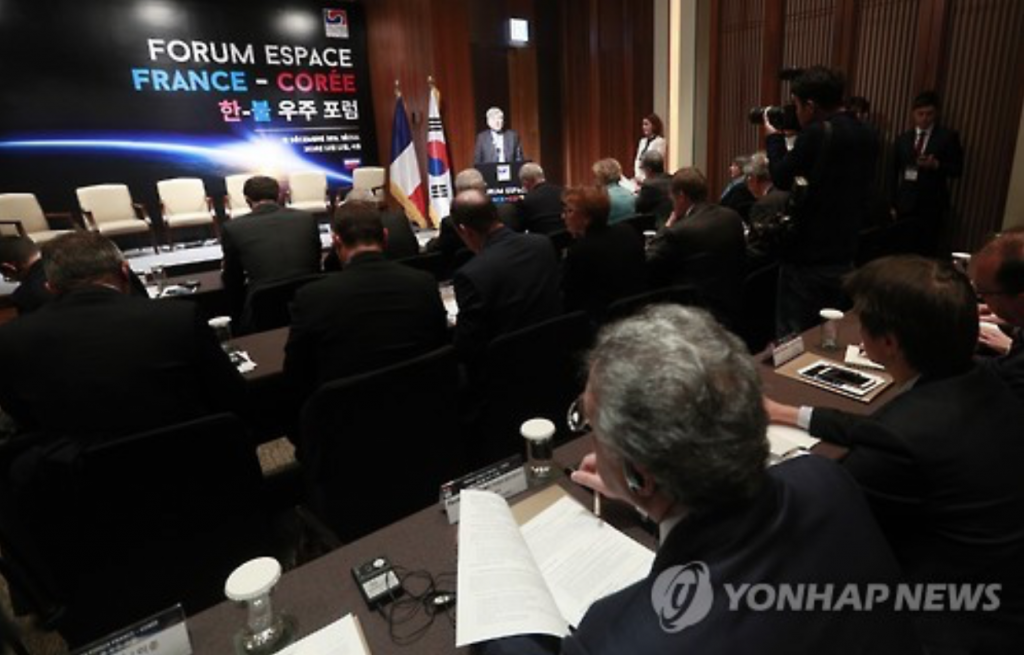 SEOUL, Dec. 12 (Korea Bizwire) – South Korea and France sought to expand their ties in the aerospace sector on Monday in an effort to further develop related technology and pioneer the emerging market.

The agreement came at the “Korea-France Space Forum,” organized by the Ministry of Science, ICT and Future Planning, which brought together some 100 people from both countries, representing the government, academia, and the industry.

During the forum, experts participated in the discussion and shared their latest research on various subjects such as aerospace policy, future of the industry, and the impact of climate change on the sector.

On the sidelines of the forum, top officials from aviation, space and defense manufacturing companies met their South Korean counterparts to discuss partnerships in those sectors.

The two sides agreed that the aeronautics field is the key in South Korea-France relations, as the business ties in the sector dates back to 20 years ago.

The Korea Aerospace Research Institute and its French counterpart, Centre national d’études spatiales, have so far signed five memorandums of understanding (MOU) in the sector since 1990.

“France is one of South Korea’s biggest partners in the aerospace sector. I hope this event will further strengthen ties between the governments and research institutions from both sides,” said Choi in an opening speech.

The forum is the last event of the “Years 2015-2016 of Korea-France Bilateral Exchanges,” the ministry said.