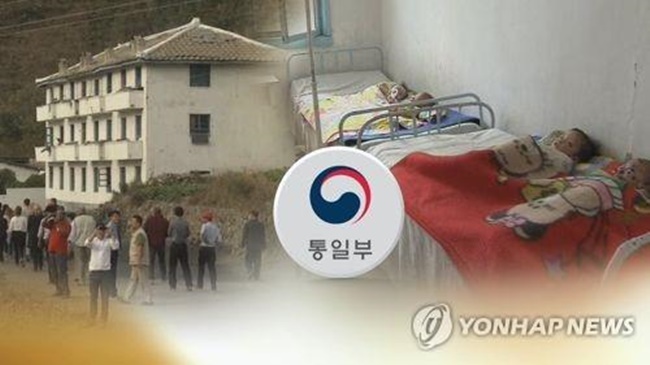 In September, South Korea approved a plan to offer US$8 million in humanitarian assistance to North Korea to support infants and pregnant women amid tensions sparked by North Korea’s provocations. (Image: Yonhap)

In September, South Korea approved a plan to offer US$8 million in humanitarian assistance to North Korea to support infants and pregnant women amid tensions sparked by North Korea’s provocations.

Seoul said at that time it will later decide on the timing of an actual provision by taking into account the inter-Korean situation.

“The government has kept the stance (over the need to support those in need in North Korea) on humanitarian grounds, but it also takes into account various factors for the provision of the aid at an appropriate time,” said an official at Seoul’s unification ministry.

Public opinions over Seoul’s aid have been divided amid concerns that the move may compromise international efforts to pressure Pyongyang to give up its nuclear and missile programs.

North Korea has refrained from provocations for two months following its launch of an intermediate-range ballistic missile over Japan on Sept. 15.

But the government has been cautious about the aid supply, apparently mindful of negative sentiment toward it.

The ministry said that it has approved 20 local aid groups’ bids to extend assistance to North Korea since the government of liberal President Moon Jae-in took office in May, but the North has rejected them.

“As North Korea has taken issue with Seoul’s support of U.N. Security Council resolutions against Pyongyang, an actual provision of aid has not been made,” it said.

Meanwhile, the government said that in December it will complete nuclear radiation leak tests and medical checkups on North Korean defectors who previously lived near North Korea’s nuclear site and were exposed to radiation.

Since October, it has been conducting the health tests on 30 refugees who lived in Kilju County in the northeastern province where North Korea conducted all of its six nuclear tests.