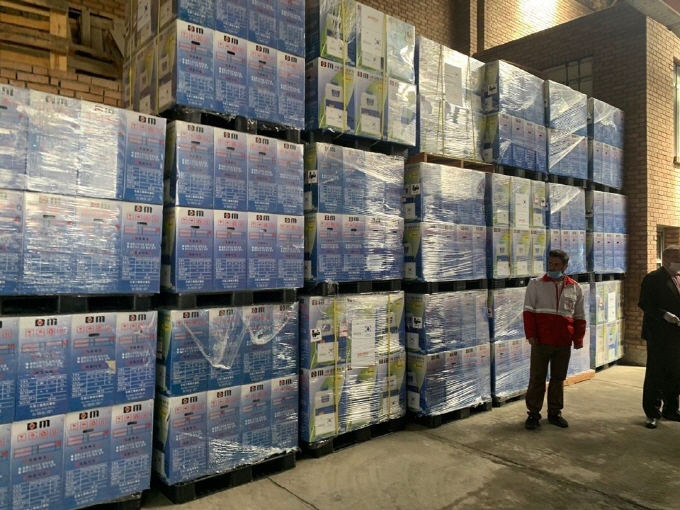 SEOUL, April 10 (Korea Bizwire) — South Korea has won U.S. approval for the resumption of humanitarian exports to Iran under a special license program, with shipments likely to begin next month, a foreign ministry official said Friday.

On Monday, Seoul received the green light for the exports based on the U.S. government’s General License No. 8 — a mechanism to authorize certain humanitarian transactions with Iran even if they involve Iran’s central bank subject to U.S. sanctions.

But to export medicine, medical equipment and other humanitarian products, companies and related financial institutions should undertake “enhanced due diligence” to ensure the exports will go to Iranians in need rather than being diverted by the Tehran government.

“On April 6, the humanitarian export process based on the General License No. 8 got under way,” the official told reporters on condition of anonymity.

“Our companies and banks should prepare documents needed to carry out enhanced due diligence, and we think that the shipments may begin about a month later,” he added.

Apart from the license program, South Korea is also pushing for the Korean Humanitarian Trade Arrangement (KHTA), which uses an Iranian bank free from U.S. sanctions — such as the Middle East Bank — to facilitate humanitarian transactions with the Islamic republic.

Korea is also exploring ways to use the Swiss Humanitarian Trade Arrangement, a payment method designed to facilitate Swiss companies’ sales of food and medicine to Iran, to carry out its transactions with Iran.

“South Korea is pushing for all three methods,” the official said, noting that the General License No. 8 platform appears to be the fastest way to resume humanitarian exports to Iran, which has faced shortages of medicine and tools to fight the new coronavirus due to U.S. sanctions.

Though humanitarian exports are not subject to sanctions, South Korean firms had difficulty resuming their sales of medicines and other products to Iran due to fears that they could be affected by the American sanctions.