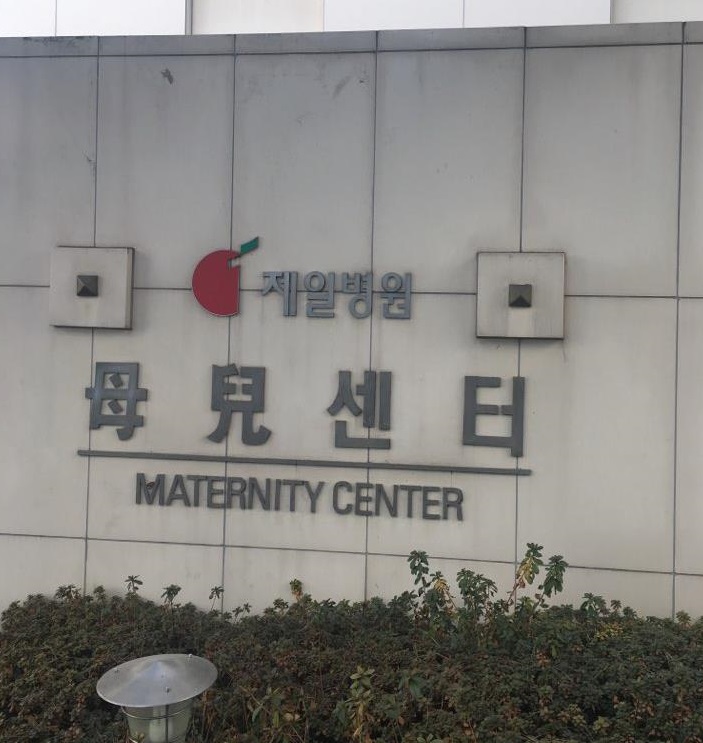 SEOUL, Feb. 22 (Korea Bizwire) — For decades, the entrance to the maternity ward at Cheil General Hospital & Women’s Healthcare Center bustled with parents-to-be, but today it stands vacant, having been shuttered for months.

The hospital’s decline is a stark illustration of one of the most daunting challenges facing South Korea: its low birthrate.

In its heyday, the hospital was known as one of South Korea’s best medical institutions for pregnant women, with around 9,500 babies being born there annually.

Now few, if any, visitors are seen in the 300-bed hospital, and there has not been much for medical staff to do since early November, when the hospital closed its maternity ward.

“No babies are born here anymore as all the obstetricians have left,” a hospital official said. 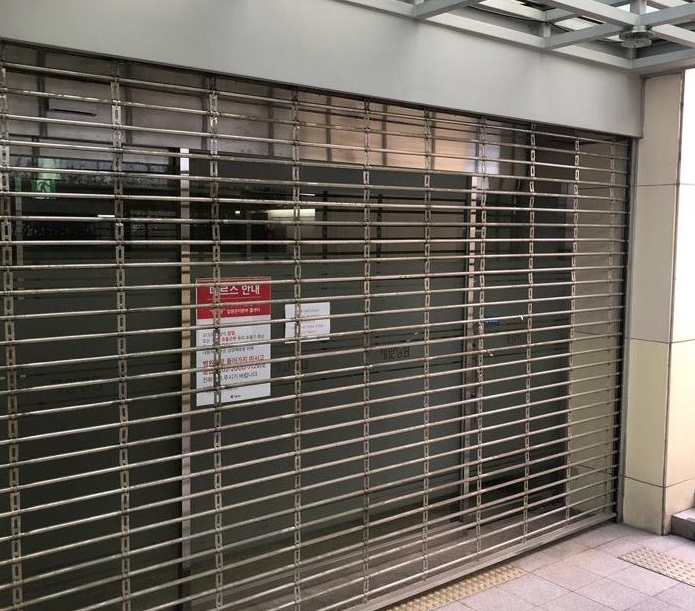 A shuttered entrance of the maternity center of the Cheil General Hospital & Women’s Healthcare Center in Seoul. (Yonhap)

The country’s stubbornly low birthrate, which the government has so far been unable to boost, has plagued Asia’s fourth-largest economy for more than a decade.

The number of births in South Korea fell to 358,000 in 2017 from a record high of 1 million in 1970, according to the country’s statistics agency, in a dramatic demographic transition that has no known parallel in contemporary history.

The decline appears to have been sparked by birth control policy in the 1960s and ’70s that was intended to stem rapid population growth at a time when South Korea was rebuilding its economy from the ashes of the 1950-53 Korean War.

In the 1960s, a government slogan warned that people could “end up penniless if they give birth to children blindly.” South Korea’s per capita gross national income — a gauge of the population’s purchasing power — was just US$80 in 1960, compared with $29,744 in 2017.

The birth control policy lowered the country’s total fertility rate — the average number of children a woman bears in her lifetime — to 1.05 in 2017 from 4.53 in 1970, when the government began to compile relevant data.

The 2017 figure is far below the replacement level of 2.1 that would keep South Korea’s population stable at 51 million. Statistics Korea is set to release the 2018 data on childbirth next week, and the annual total could fall below the 358,000 mark.

“I am not optimistic about the possibility that the number of newborn babies will go up, given the trend of the dwindling population,” said Kim Cheong-seok, a sociology professor at Dongguk University and a member of the Population Association of Korea.

In a sign of the declining birthrate, eight out of 75 cities, and 23 out of 69 counties, across the country have no maternity hospitals, according to the National Medical Center.

The relationship ended in 2006, when the founder’s son, Lee Jae-kon, took the hospital over.

The declining number of childbirths meant fewer deliveries at the hospital, which in turn worsened its financial woes.

With its heyday in the rearview mirror, and its future in doubt, the hospital filed for court receivership in January. 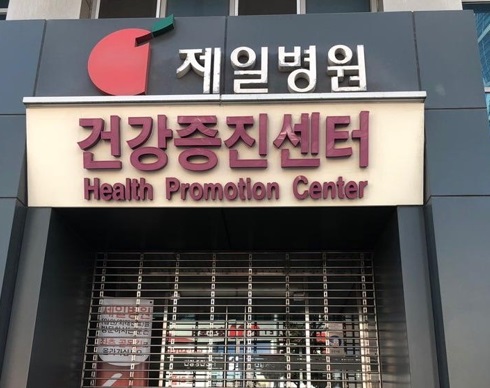 The shuttered entrance of the Health Promotion Center of the Cheil General Hospital & Women’s Healthcare Center in Seoul. (Yonhap)

Before it can get fully up and running again, the hospital must conquer a mountain of debt. Total unpaid wages of employees reached more than 30 billion won and debts came to 128 billion won, according to the hospital.

Earlier this week, the hospital resumed medical services for outpatients as part of a program meant to work out debt restructuring with its creditors, but bringing babies into the world is still a long way off as about 80 percent of doctors quit amid the financial problems, according to the hospital.

“Court receivership would begin if the hospital and its creditors fail to reach a deal on debt restructuring under the program that could last up to three months,” a judge at the Seoul Bankruptcy Court said. He asked not to be identified.

Another hospital official said negotiations are well under way with creditors and prospective investors, though he did not provide further details.

The trouble at the hospital illustrates a major issue facing South Korean society, which has been struggling to reverse the demographic decline by offering a set of incentives to young people.

President Moon Jae-in, who heads the committee, has called for the creation of jobs for young people to ensure they do not give up on getting married and having children.

Out of frustration over a lack of prospects, some young people are abandoning three of life’s major milestones — dating, marriage and having children — because they cannot find decent jobs amid a prolonged economic slowdown.

“I am not sure whether the happiness I may feel over a baby can outweigh the benefits of living with my wife without a baby,” a 34 year-old male office worker, who identified himself only by his surname, Baek, said in southern Seoul.

The number of marriages in South Korea came to 230,800 in the first 11 months of last year, a sharp decline from a record high of 434,911 in 1996, according to Statistics Korea. The annual figure is due to be released next week.

The unemployment rate for people between 15 and 29 years of age reached 8.9 percent in January, almost double the overall jobless rate of 4.5 percent, according to government data.

Moody’s Investors Service said that in the coming decades, South Korea’s potential GDP growth will gradually decline, towards 2 percent annual growth, as decline in the working-age population diminishes the contribution of labor to growth.

“Korea will start to experience a rapid decline in working-age population, which will add a further drag on potential growth over the next two decades,” the global ratings agency said in an October report.

Yoo Sang-hyun, a professor of social studies education and a demographer at Kongju National University in western South Korea, said that the number of newborn babies will inevitably decrease over the next five to 10 years alongside a decline in the number of pregnant women.

“A realistic approach is to reduce the speed of the decline in childbirths and set a policy objective of boosting childbirth in 30 or 50 years’ time,” he said.