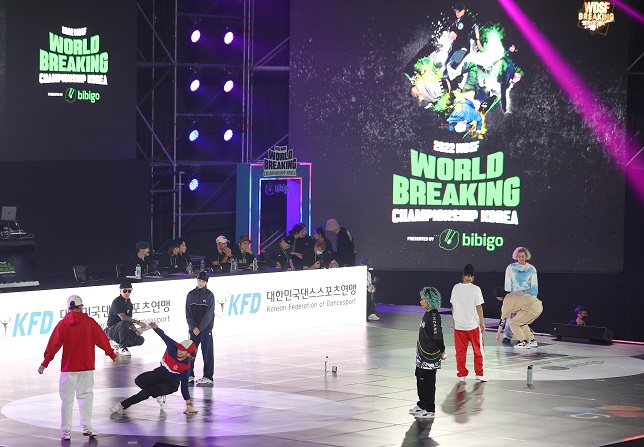 SEOUL, Oct. 24 (Korea Bizwire) — The world gathered in Seoul to compete in a break dance competition, surrounded by vibrant lights and thumping beats.

The 2022 Breaking Championship, hosted by the World DanceSport Federation, was held at SK Olympic Handball Gymnasium on Friday and Saturday.

Breaking, also known as break dancing or B-boying, is a hip-hop dance that features stylish footwork and power moves, like head or back spins.

Some 450 contestants from 55 countries, including South Korea, participated in a dance battle. 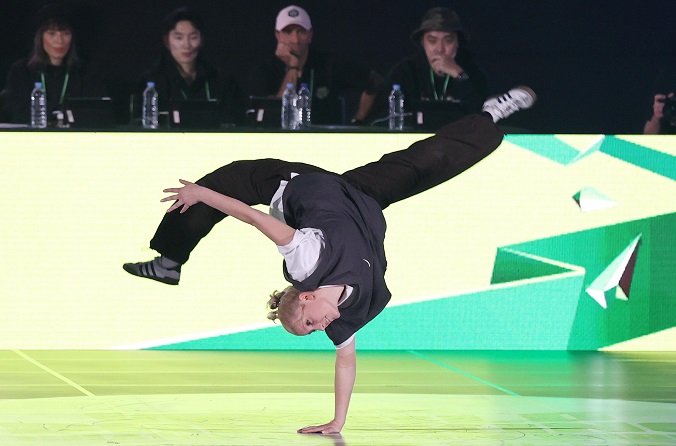 The championship was first held in Nanjing, China in 2019. It is the first time that competition is held in South Korea.

The championship issues ranking points needed to enter the 2024 Paris Olympic Games, which has brought contestants to show off their dance moves to win more appeal from the audience.

Some 1,600 spectators filled the stadium to watch the event on Saturday, which began with the round of 32.