The KCCI will establish an Iran desk and the ICCIMA will operate a Korea desk under the deal inked on the occasion of President Park Geun-hye’s landmark trip to Tehran. 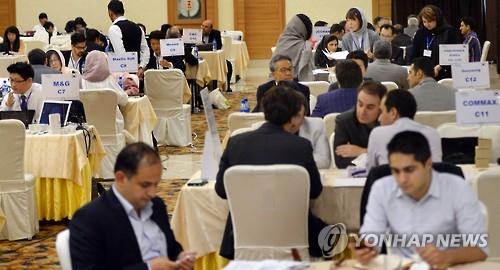 The offices will provide firms with trade and investment-related information and make recommendations to their governments on what needs to be done to improve business cooperation between the two nations.

The KCCI also plans to launch a so-called Iran business school for local companies seeking to do business in the Middle Eastern country.

“Iran, which has affluent natural resources and the largest domestic consumption market in the Middle East, is drawing new attention as the international community’s sanctions have been lifted,” Lee Dong-geun, vice chairman of the KCCI, said. “We will help our companies tap into Iran faster than foreign ones by establishing a firm foundation for civilian economic cooperation.”

Lee signed the agreement with Farhad Sharif, vice chairman of the ICCIMA, in the Iranian capital. 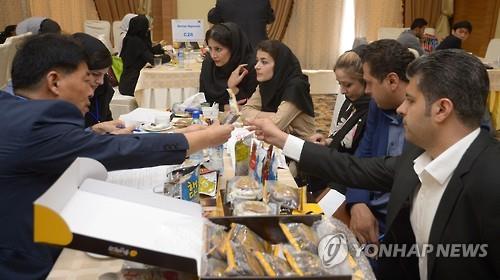 Meanwhile, the Korea International Trade Association (KITA), another business lobby group, said Tuesday that it held a forum in Tehran where about 500 business leaders from the two countries discussed economic cooperation in diverse areas including the energy sector.

The forum was held jointly with the Korea Trade-Investment Promotion Agency and the ICCIMA.

“Korea and Iran have been friends for a long time,” Kim In-ho, head of the KITA, said in his opening speech. “I ask you to raise your cooperative ties a notch higher with Korean firms which have maintained trustworthiness longer than anybody.”