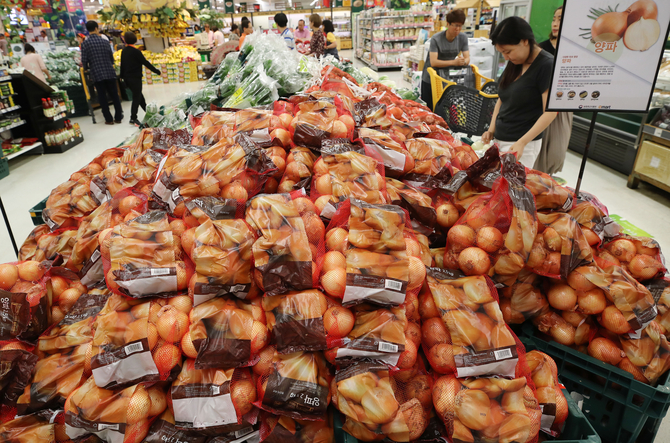 Onions at a discount store chain in Seoul. (Yonhap)

SEJONG, Oct. 1 (Korea Bizwire) — South Korea’s headline inflation dropped for the first time in September due to a decline in farm goods and weak demand, the statistics agency said Tuesday, the latest in a series of data backing an additional rate cut for Asia’s fourth-largest economy.

The statistics agency said the record low consumer prices are blamed on a fall in prices of agricultural products, stabilizing prices of petroleum products and free education for high school students.

“We believe that the trend in consumer prices in recent months is not a symptom of deflation,” Kim said in a meeting with officials in Seoul.

Prices of petroleum products fell 5.6 percent in September from a year earlier, while prices of agricultural products declined 13.8 percent, according to the data. 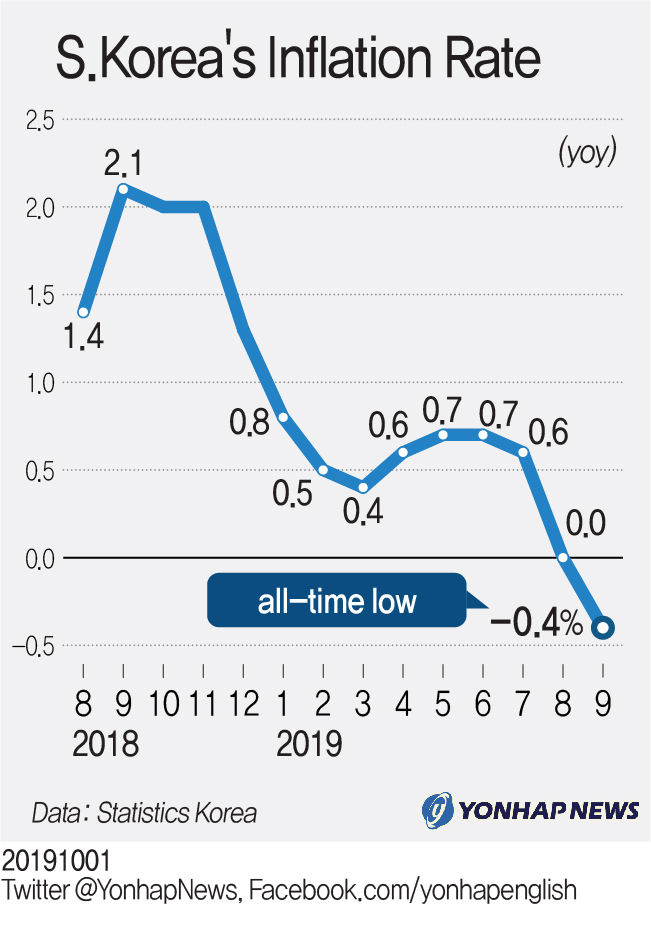 The record low consumer prices could bolster the chance that the Bank of Korea will trim its policy rate at this month’s rate-setting meeting.

The South Korean central bank is set to decide on Oct. 16 on whether to cut a key interest rate.

The BOK rate was frozen at 1.5 percent in its August meeting, about a month after it slashed the key rate by a quarter percentage point in its first rate cut in three years.

In the face of an extended slump in exports, coupled with tamed inflation, the central bank has been under pressure to trim the rate to help prop up the economy.

The central bank is set to further cut its growth outlook in coming months. It earlier predicted the economy to grow 2.2 percent this year.

Downside risks facing the South Korean economy are growing due to a decline in chip prices and the prolonged trade row between the United States and China, the country’s top two trading partners.

South Korea’s exports fell 11.7 percent on-year to US$44.7 billion in September, extending their on-year decline to a 10th consecutive month due to weak prices of semiconductors and the yearlong trade row between the United States and China.

Outbound shipments of chips declined 31.5 percent on-year to $8.5 billion in September, dealing a blow to South Korea as semiconductors account for one-fifth of its exports.