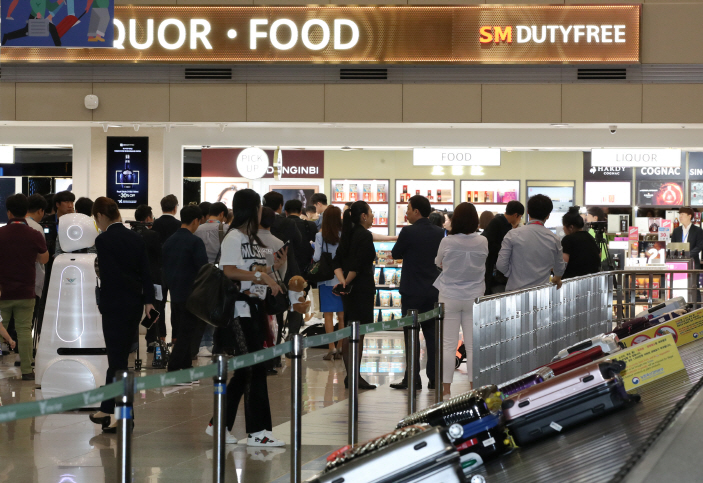 SEJONG, Jun. 4 (Korea Bizwire) — South Korea said Tuesday that it is considering raising the ceiling on purchases at duty-free shops by locals in line with a rise in people’s incomes.

Currently, South Koreans can buy goods worth up to US$3,600 at duty-free stores in South Korea, including arrival duty-free shops that opened earlier this week.

The government is considering raising the ceiling by taking into account a rise in people’s incomes and inflation, the Ministry of Economy and Finance said, adding it will announce its final decision in the coming weeks.

The ministry said it will also consider raising the tax benefit limit for the purchases at duty free stores, which is currently set at US$600, by taking into account the performance of the arrival duty-free shops.