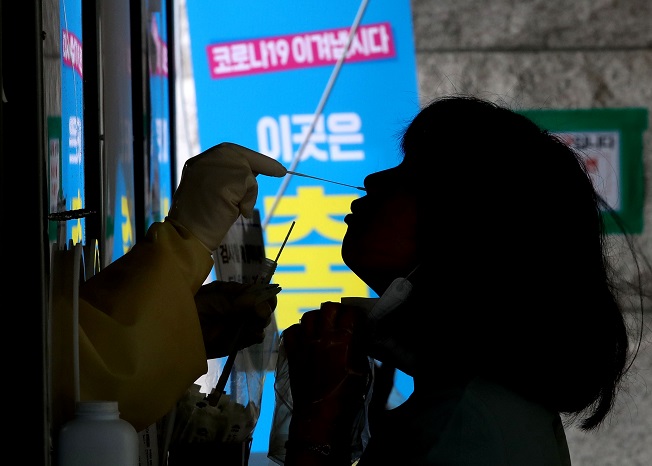 A health worker conducts a new coronavirus screening test at a walk-in center set up in central Seoul on Aug. 3, 2021. (Yonhap)

SEOUL, Aug. 3 (Korea Bizwire) — South Korea had inoculated over 20 million people as of Tuesday since starting its nationwide vaccination program in late February, taking a step towards creating herd immunity by September.

A total of slightly more than 20 million people had received their first shots of COVID-19 vaccines as of 10:20 a.m., accounting for around 39 percent of the country’s 51.3-million population, since the country started its vaccination program on Feb. 26, according to the Korea Disease Control and Prevention Agency (KDCA).

The country earlier announced a goal to give 36 million people at least one dose of vaccine by the end of September. The figure represents around 70 percent of the country’s population.

The inoculation drive briefly slowed down due to a supply issue, and has sped up since late July as the country began inoculating members of the general population aged 55-59.

Th KDCA said the vaccination drive is on track despite the unrelenting spread of COVID-19, with the authorities aiming to attain the goal before this year’s Chuseok holiday period which starts on Sept. 18.