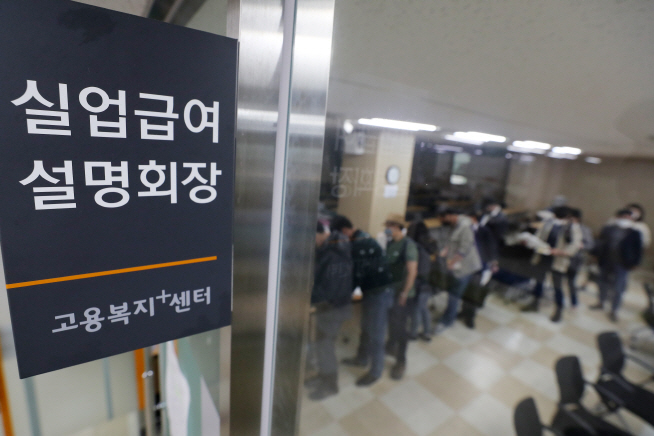 SEOUL, May 28 (Korea Bizwire) — The COVID-19 pandemic is taking its toll on employment in South Korea, with the biggest drop in the population of corporate employees reported in April, a government report showed Thursday.

The number of people employed by all South Korean businesses that have at least one worker came to 18.22 million as of the last business day of April, 365,000, or 2 percent, lower than the corresponding figure in the same month last year, the report by the Ministry of Employment and Labor showed.

The monthly data does not cover the agricultural sector.

The on-year fall in April marks the second consecutive month of decline after the country reported the first-ever decline in the number of employees since the monthly report was first compiled in June, 2009, according to the report.

The data came as South Korea is working hard to prop up its economy against the backdrop of the pandemic’s growing economic fallout.

The pandemic-driven economic downturn took a heavier toll on day or temporary workers than on those who have permanent positions, the report showed.

The number of permanent workers declined by 133,000, or 0.9 percent, last month, compared with a year earlier, while the corresponding number for day workers or employees on temporary contracts plunged by 144,000, or 7.9 percent, year-on-year.

Firms with fewer than 300 employees were hit harder than bigger companies by the pandemic.

The number of employees at big companies inched up by 0.5 percent, but the corresponding number for smaller companies dipped by 2.4 percent, according to the report.

The businesses hit hardest were accommodations and restaurants, followed by education and tourist businesses.

The economic shock was felt most keenly by those employed in urban areas.

The average monthly salary for a South Korean employee on a permanent contract in March came to 3.47 million won (US$2,798), up 2.3 percent from a year earlier, the report showed.