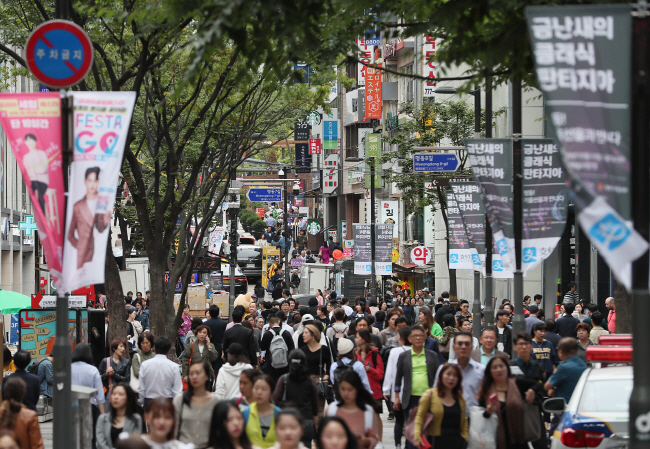 SEOUL, Mar. 22 (Korea Bizwire) — South Korea was ranked 54th among 156 states in the list of the happiest countries in the world. Finland was ranked first for the second year in a row.

The UN Sustainable Development Solutions Network (SDSN) released the 2019 World Happiness Report on Wednesday, according to which South Korea received 5.892 points out of 10 in terms of the country’s happiness index, stepping up three ranks from the previous year.

Scandinavian countries were among the happiest countries in the world.

The United States was ranked in 19th place, a step down from the previous year, despite a recent economic boom.

Prof. Jeffrey Sachs from Columbia University and a co-editor of this year’s World Happiness Report explained that a rise in gambling and addiction to digital media have increased unhappiness and depression in the country.

“The worldwide tendency towards a considerable decline in average happiness, despite the general growth in GDP per capita, is proof that measuring happiness and life satisfaction in terms of economic wealth alone is not at all sufficient,” said the report.