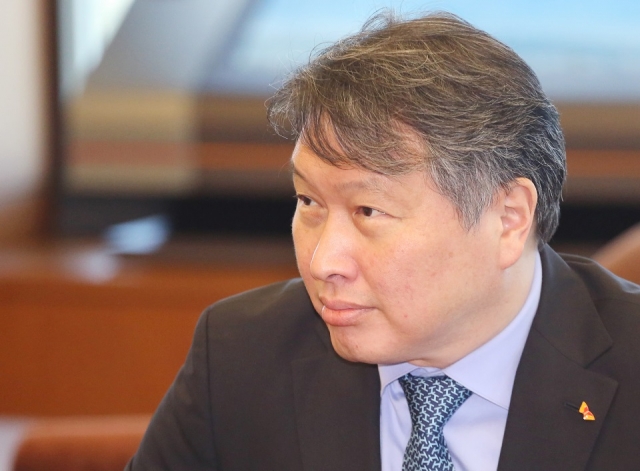 Chey is widely expected to meet executives of Toshiba to discuss SK hynix Inc.’s intention to acquire the Japanese firm’s chip business. Toshiba has put its stake in its memory operations up for sale as it struggles with losses from its nuclear power business in the United States.

SK hynix, a maor chipmaker, has been moving to bolster its NAND flash memory operations. If it wins the deal, the company will become the No. 2 player worldwide.

Other sources said Chey may consider meeting officials from U.S. Western Digital, which has been requesting Toshiba for exclusive rights to a takeover negotiation. Western Digital, also one of the bidders, has been holding close business ties with Toshiba since 2000.

Hon Hai, better known as Foxconn, suggested 3 trillion Japanese yen (US$26.3 billion), higher than the offered bids from rivals, including SK hynix that handed in an estimate of 2 trillion yen.