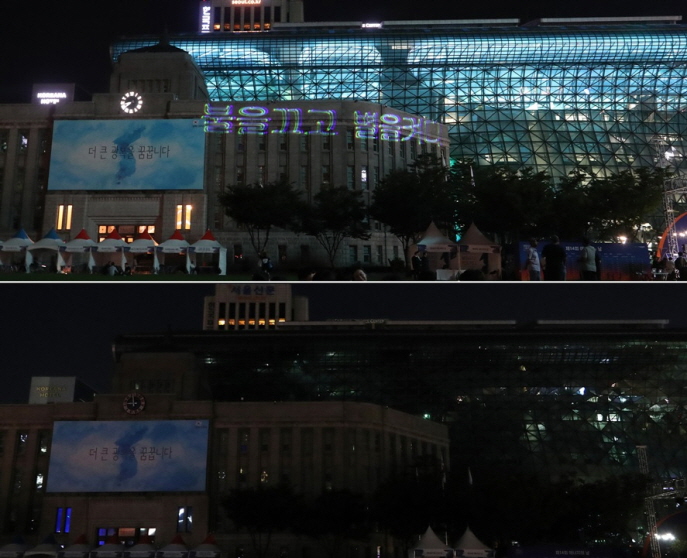 SEOUL, Aug. 22 (Korea Bizwire) — “Turn off the lights for five minutes at 9 p.m. this Wednesday!” is the catch phrase that explains Seoul’s energy-saving event planned for today at Seoul Plaza titled “Turn Off the Lights and Turn on the Stars, Sharing Energy of Peace.”

The event aimed at raising awareness about the importance of saving energy will be hosted by various government ministries and attended by citizens from all walks of life.

As part of the event’s highlight, major government buildings including Seoul City Hall and other landmarks of the capital including the 63 Building, N Seoul Tower, Lotte World, and Dongdaemun Design Plaza will black out for five minutes at 9 p.m.

Universities in Seoul will also take part in the event.

During the event, the city government of Seoul also plans to set up booths that allows visitors to experience the power of solar energy for themselves. Information on how to save energy will be shared with visitors.