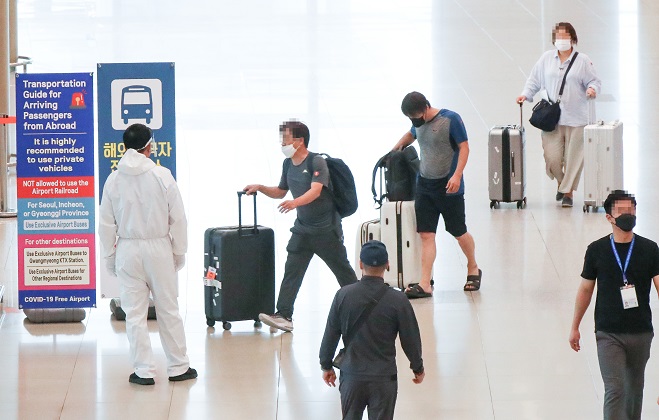 Arrivals walk in a line to take a bus at Incheon International Airport in Incheon, just west of Seoul, on July 28, 2020. (Yonhap)

A total of 3,213 more people than usual have died in South Korea since January, according to the data released by Statistics Korea.

However, Statistics Korea said there has been no “meaningful excess deaths” from the pandemic because more elderly people than usual died in the winter season.

The CDC said excess mortality can provide data on the burden of mortality potentially related to the pandemic.

South Korea reported hundreds of new virus cases per day in late February and early March but appeared to bring the outbreak under control.

On Wednesday, South Korea reported 48 newly confirmed cases of the new coronavirus, bringing its total caseload to 14,251 infections and 300 deaths.