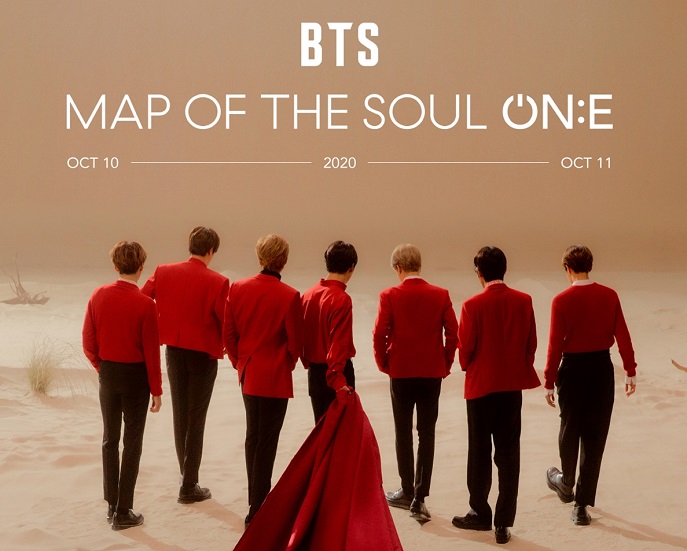 This image provided by Big Hit Entertainment shows a promotional image for “BTS Map Of The Soul: ON:E,” a BTS concert scheduled for Oct. 10-11, 2020.

During the two-hour event, the septet will perform on a scale equivalent to an offline concert, featuring augmented reality and extended reality software technology with high-definition content.

“We are preparing an unprecedented stage and a variety of set lists for fans who are missing offline concerts that have been canceled due to the COVID-19 pandemic,” Big Hit said.

The Oct. 10-11 concerts were originally set to take place in-person in Seoul under government-led seat distancing guidelines, with a paid simultaneous streaming service.

But Big Hit canceled the in-person element last week due to nationwide tightened social distancing stemming from a recent spike in coronavirus cases across South Korea.

BTS’ previous paid online concert, “Bang Bang Con: The Live,” in June, set a new Guinness World record for “most viewers for a music concert livestream,” attracting 756,000 viewers in 107 countries and regions across the world.