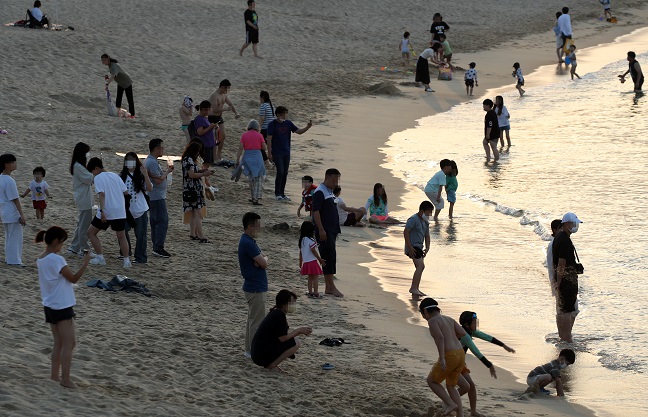 People are out late at the beach in Gangneung Province on June, 26, 2022, to seek refuge from the hot weather that did not cool down even after sunset. (Yonhap)

SEOUL, June 27 (Korea Bizwire) — A tropical night occurred in Seoul and other major cities across the country on Sunday, marking the first such phenomenon for June, the state weather agency.

The lowest temperature between Sunday night and Monday morning was 25.4 C in Seoul, according to the Korea Meteorological Administration (KMA).

A tropical night refers to when the temperature does not fall under 25 C between 6:01 p.m. and 9 a.m.

Overnight lows were 25.1 C in Suwon, just south of Seoul, and 25.3 C in the central city of Daejeon, the KMA said.