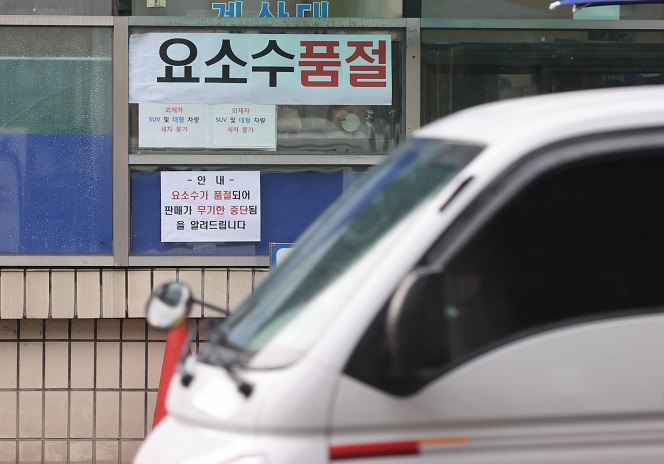 This photo, taken Nov. 8, 2021, shows a sign posted at a filling station in western Seoul that reads urea solution for vehicles is sold out. (Yonhap)

SEOUL, Nov. 10 (Korea Bizwire) — South Korea said Wednesday it can secure a three-month stockpile of urea solution for vehicles through various means amid a short supply of the key fluid used in diesel cars to cut emissions.

The government said the estimated stockpile is calculated based on planned imports from Australia, Vietnam and China, as well as secured amounts through crackdowns and the military’s reserves.

“Given the unspecified amount of domestic reserves, there will be no problem in securing urea solution enough to last for three months,” an official said.

South Korea has been grappling with a shortage of urea solution and its surging prices in recent weeks, as China tightened exports of urea in October amid a power crisis caused by a coal supply shortage. Coal is the main feedstock to produce urea.

South Korea said 97.6 percent of its urea imports came from China in the first nine months of this year, up from 88 percent in 2020, underscoring its heavy reliance on the resource-rich neighbor for the key material.

China has confirmed it will go ahead with inspection processes on 18,700 tons of urea before exporting it to South Korea, Seoul’s foreign ministry said earlier in the day.

Once imported, it will help provide some relief to South Korea’s efforts to avert a potential logistics crisis as the supply shortage could suspend the operation of trucks and buses.

Finance Minister Hong Nam-ki told lawmakers that talks are under way with about 10 countries, including Vietnam and Mexico, to import 10,000 tons of urea to ease the supply crunch.

During a parliamentary session, he apologized for the government’s failure to respond promptly to the shortage and vowed to expedite negotiations with urea exporters. 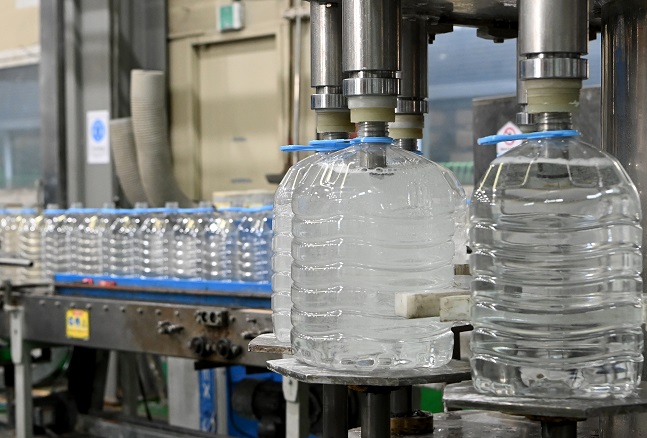 The country plans to import 200 tons of urea from Vietnam next week. A Korean firm has inked a deal to bring in 5,000 tons from the Southeast Asian country in December.

The government plans to check whether the additionally secured amount can be used for vehicles.

Later in the day, an Air Force tanker aircraft departed for Australia to bring in 27,000 liters of urea solution. The plane is expected to return late Thursday.

Special inspection teams began crackdowns on hoarding of urea or its solution this week. They found 299 local companies to have held 15.61 million liters of urea solution for vehicles.

South Korea plans to release 5.3 million liters of urea solution that it has secured to the market starting Friday to ease the supply crunch.

South Korea also will begin to provide 200,000 tons of the military’s urea solution reserves Thursday to filling stations near major five ports across the nation. It will mainly supply it to container trucks carrying trade items.