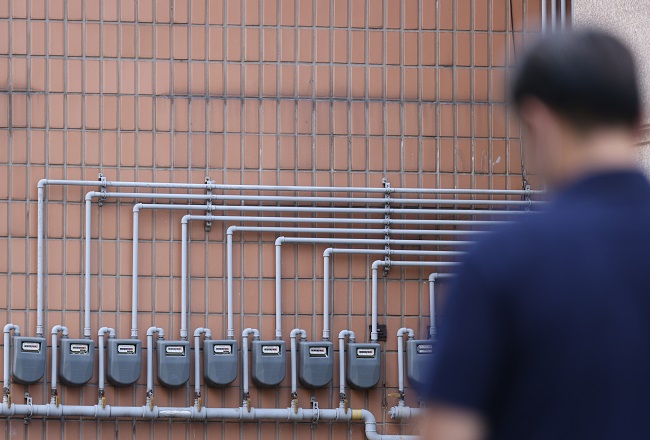 All central and provincial public institutions are required to implement energy-saving steps, such as limiting the indoor temperature of their buildings and turning off exterior lighting, and the results will be reflected to the government’s annual management appraisal of the public firms, according to the ministry.

“Given expected high energy demand in winter and Russia’s possible reduction in energy supplies, the current energy crisis is feared to continue for the time being,” Finance Minister Choo Kyung-ho said during an emergency economic ministers’ meeting.

The government will also launch a nationwide campaign to encourage people to join the efforts and will strive further to reform the economic structure to achieve energy efficiency, he added.

The government also asked major companies to set their respective energy-saving goals and vowed to push for extending tax incentives for the development of related technologies.

Global energy prices have surged over the prolonged war in Ukraine. The price of liquefied natural gas soared to US$55 per million British thermal units in August, compared with $10 in the first quarter of last year.

Last month, the trade deficit came to $9.47 billion, the largest amount to date, as imports jumped 28.2 percent on-year also to a record high of $66.15 billion.

The government also vowed to “normalize” electricity rates and other utility bills to promote efficient energy use and to ensure stable energy supplies by preventing public utility firms from suffering huge losses.

Earlier in the day, Korea Electric Power Corp. announced its decision to raise the adjusted unit fuel cost — a key part of the country’s electricity rates — by 2.5 won (US$0.002) per kilowatt hour for the fourth quarter.

The government also decided to raise natural gas prices for households by 15.9 percent, and those for commercial use will jump up to 17.4 percent.

During the meeting, Industry Minister Lee Chang-yang likened the current energy situation to the oil shock in the 1970s, and vowed to “mobilize every means available” to overcome the crisis and to achieve energy-efficient economic and industrial structures.