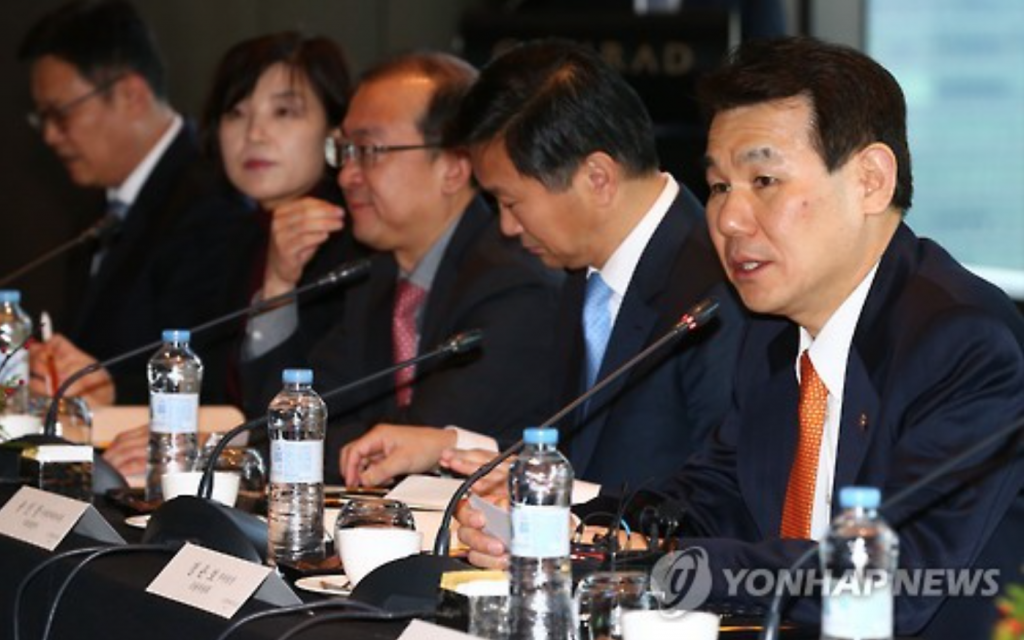 Despite the government’s initiative that started in 2008, foreign financial firms have withdrawn or scaled down their businesses in Asia’s fourth-biggest economy.

In a relevant government committee meeting, the fourth of its kind, Jeong Eun-bo, vice chairman of the Financial Services Commission (FSC), attributed it to a shift in global financial business conditions.

In terms of South Korea’s financial market, he admitted, the charm seems to have withered and language, cultural and geopolitical setbacks stay on amid the development of fintech and the rise of China’s yuan.

In that sense, the government plans to reestablish the nation’s policy to focus on playing a bigger role in promoting cross-border financing, he added.

South Korea has concentrated efforts on attracting foreign financial companies but it will place a greater emphasis on supporting cross-border financial transactions that are expected to help draw those international firms.