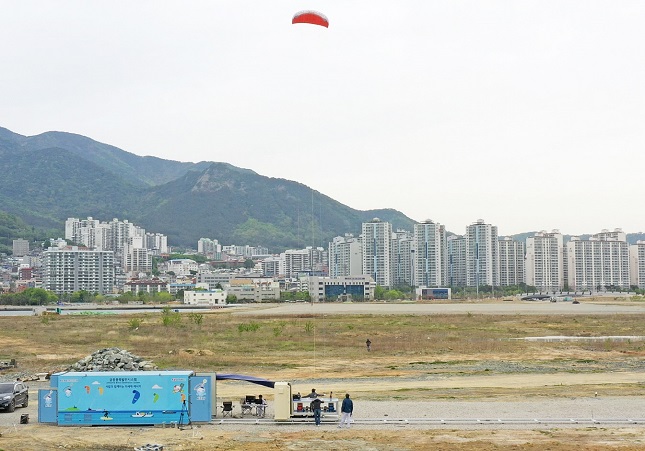 CHANGWON, May 6 (Korea Bizwire) — The southeastern city of Changwon, South Gyeongsang Province is rising as a platform to develop South Korea’s high-altitude wind power technology, the newest addition to a series of renewable energy sources.

The new high-altitude wind power technology developed by the three agencies consists of a generator located on the ground, while kite-shaped wings are flown above at high altitudes.

This new technology minimizes environmental damage as well as noise. When built on the sea, the sea’s depth hardly influences its cost for construction.

High-altitude wind power can generate six times more electricity than other types of wind turbines each year, while it only costs one-tenth of the average amount to generate electricity.

The research team plans to increase its generating capacity by 20 kilowatts within this year, and invite local businesses for commercialization.